Washington: Air India has been rated world’s third least safe airline after China Airlines and TAM Airlines, according to a report from a website that monitors plane crashes around the world. 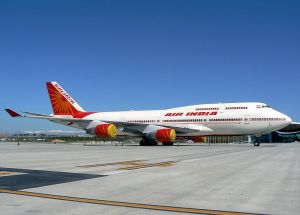 None of the top nine ranked airlines had lost an aircraft or had a fatality during the 30-year period, but many had also not been active for the full 30 years.

Not one North American carrier made the top 10 list, but none of them made the bottom 10 either.

The centre calculates its annual rankings based on aircraft loss accidents and serious incidents over the past 30 years. The resulting index relates that information to the revenue per passenger kilometer (rpk) earned by the airline over the same period.

There were 496 fatalities on commercial passenger flights last year, according to the report, two fewer than in 2011.

A total of 30 planes were destroyed and there were 44 “hull losses”, or aircraft write-offs, one less than the previous year.