Washington: Deep breaths and long periods of silent reflection are something one might associate with yoga or an ashram in India – not combat readiness. 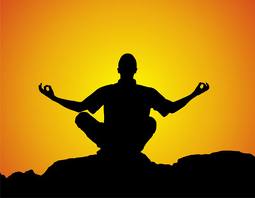 But the US military is now studying whether meditation can help bolster its soldiers’ mental performance in the fog of war, as well as improve their overall health.

“A lot of people thought it would be a waste of time. Why are we sitting around a classroom doing their weird meditative stuff?” US Marine Staff Sgt. Nathan Hampton told The Washington Times.

While preparing for his overseas deployment last year, Hampton took part in a military study on the effectiveness of so-called “Mindfulness-based Mind Fitness Training” (M-Fit).

First doubtful of the program, Hampton said he felt better over time.

“Physically, I noticed that I wasn’t tense all the time,” he told The Washington Times.

“It helps you think more clearly and decisively in stressful situations.”

The program was created by Elizabeth Stanley, a former US Army captain and current Georgetown University professor, and based on scientific research showing that regular meditation can help with depression, improve memory and health, and help areas of the brain that control fear and regulate emotions.

“Science shows that it works, and being able to provide for our uniformed service members and to give them every possible tool for what they face when in harm’s way is important,” Robert Skidmore, director of operations for the Mind Fitness Training Institute in Alexandria, Virginia, told RIA Novosti Friday.

After seeing successful results from the military’s first meditation study four years ago that involved a small group of service members, the Army and Marines have commissioned separate M-Fit studies with troops in the hopes of “rolling it out in larger implementation in the future”, Skidmore said.