Miami: US authorities are looking for a man who was photographed off the Florida coast riding on the back of a female sperm whale, an endangered species. 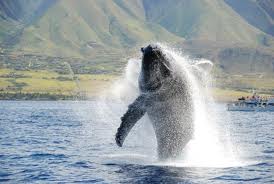 The marine mammal, which is distinguished from other types of whale by its enormous head, was found dead yesterday on a beach north of Miami. Federal authorities are investigating the causes of its death.

The sperm whale, 9 meters long and weighing 30 tonnes, was still alive when the man, as yet unidentified, was photographed last Sunday sitting on its back. The pictures also show another swimmer trying to climb up on it.

Experts believe the whale could have been sick and dying as it swam, which might explain why it had come so close to land. Nor do they rule out that the two men tormenting it could have raised its stress level to the point of contributing to its death.

US federal law bans tormenting marine mammals, as well as interfering with any animal in danger of extinction, alive or dead.