Mumbai: Islamic art has been Mohammed Jamshed’s biggest passion for over two decades. So much so that he weaves in calligraphed holy verses from Quran into his paintings.

Jamshed, in his early 60s, aims to revive the sublime but lost world of Islamic calligraphy through his paintings and pass on his art to the next generation. He has actually made whole shapes including flowers, pots, boats and buildings all by positioning holy Urdu verses and Kalimas in such a way that they make a shape. 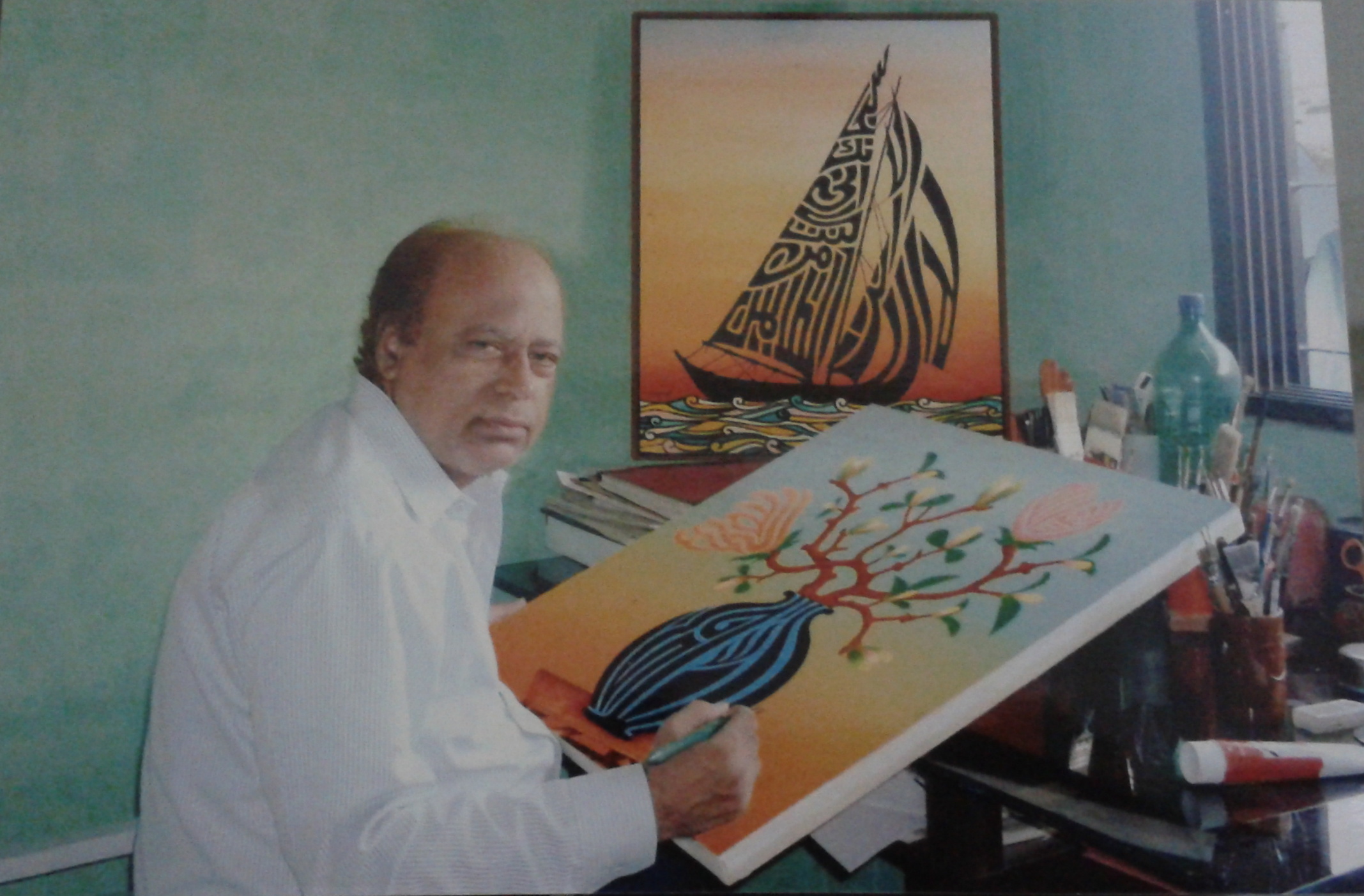 Kalima literally translates into “the word” recorded in Islamic books of knowledge and are recited by Muslims across the world. They are believed to be the fundamentals of Islam.

Most of Jamshed’s works revolve around these Kalimas, which he explores through depiction of natural elements, geometric figures and alphabets of other languages.

Jamshed’s works, for instance, depict a scenario with sails formed out of letters connoting a Kalima. In yet another instance, Jamshed connotes the Kalima Bismillah-ir Rehman-ir Raheem’ (In the name of the Allah the most beneficent and merciful) depicting a mosque with domes. 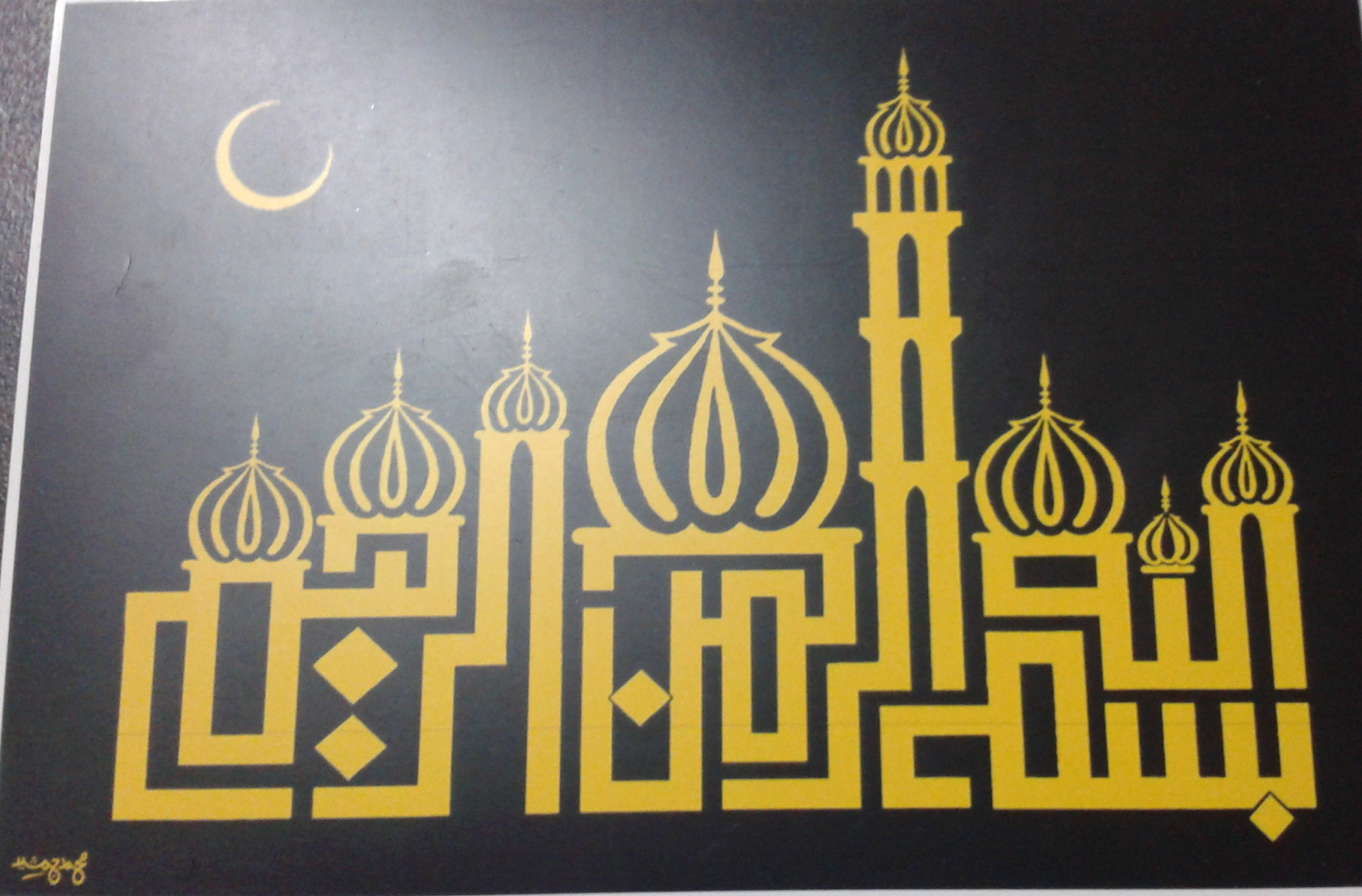 Speaking  about his work, Jamshed said his art is not only for those who understand Arabic or Urdu and are well-versed with the Quran but is also meant to educate youngsters who have not studied the language.

“Moreover, even if calligraphy is considered a minor art, it is beautiful and appreciated by everybody,” he said.

Talking about his interest in calligraphy, Jamshed said he came to Mumbai after majoring in commercial art from Lucknow University, where he obtained a bachelor’s degree in fine arts.

“I am from a small town called Jaunpur in Uttar Pradesh. I came to Mumbai in early 1970s and the imposition of the emergency (in 1975) snuffed out my ambition to be a political cartoonist. However, and I found myself working as a lay-out artist in (now defunct weekly tabloid) Blitz,” he said.

“After working for the tabloid for over 25 years, it shut down. It was then that I started following my passion full-time. Working as a lay-out artist with Blitz, my interest in calligraphy had increased and it was bordering an obsession,” Jamshed added. 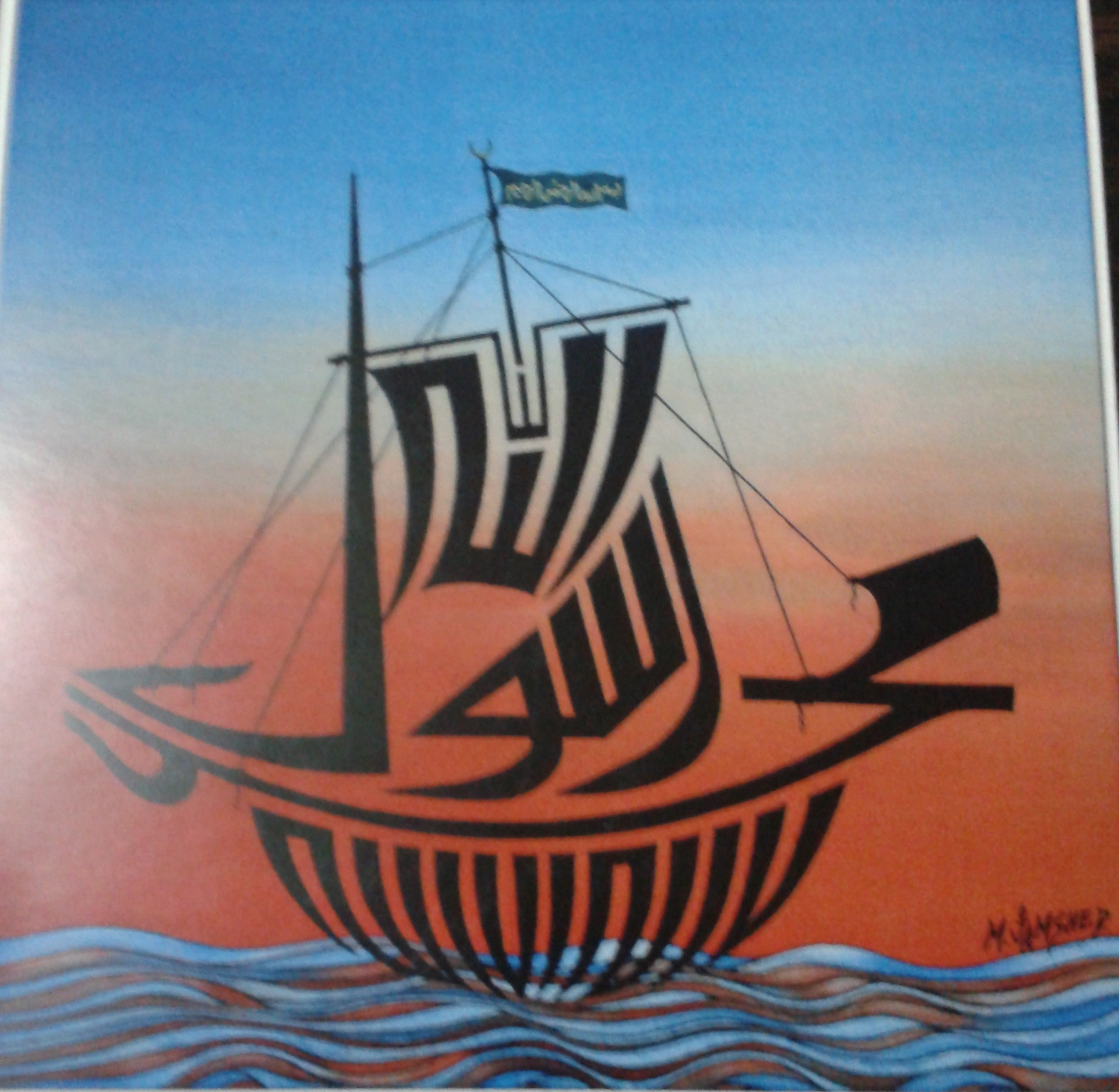 Speaking about Islamic art calligraphy, Jamshed said it is a traditional form and, ironically, neither the government nor any communitarian Muslim institution or organisation had done much to revive this beautiful yet rare genre.

“But this does not deter me. I have lost count of how many paintings I have made and I will continue to make such paintings to keep the art alive,” he said.

He also plans to organise an exhibition of his works so that it reaches a wider audience.

“Through my art, I want to spread the message that man is made by god, who is omnipresent. He should be admired for his creations and one must follow the path of righteousness and maintain peace, harmony and brotherhood,” he said.

“For me, art is important, but more important is to give a message, but not in a dull manner. My art is a message with an enhanced view and I shall always strive to give such a view. I want to carve a niche for myself and be known for ‘art with a message’,” Jamshed added.