With an average of just 15.3 runs in the previous 10 innings, most of the cricketing pundits are asking Sachin Tendulkar to hang his boots.

For others, “Form is temporary but class is permanent.”

Most of the columns in the magazines, newspapers and blogs doing the rounds, now days, are harsh on him. With retirement of his contemporary; the great Australian batsman Ricky Ponting, pressure is mounting like never before. 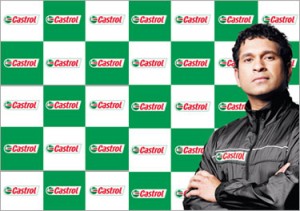 Sachin is indispensable to not Cricket only; major brands too depend on him. Sachin is a huge brand, with an impressive brand equity that took more than 20 years to build. He has endorsed numerous brands ranging from Adidas, MRF, Aviva Life Insurance, Coca-Cola, BMW, Canon, ITC, Castrol, Ujala detergent to name  a few.

If we believe marketing specialists, Sachin’s retirement will severely jolt brands associated with him. And those who have seen his charisma on and off the field will believe it without any doubt. Sachin Tendulkar lends credibility, respect, belief, faith and superiority to the brand. His ability to sell brands is phenomenal.

We have seen more number of marketing campaigns launched around him in recent times than any other celebrity in the country, helping companies to earn huge monetary gains.

Coke roped him as their brand ambassador, to counter the surging sales of arch-rival Pepsi despite him being associated with the latter in the past. BMW hired him despite him being a well known Ferrari fan; tells the story itself. No, other celebrity has acquired such a giant stature in the near past, especially in India.

The sale of Visa cards during the famous “Sharjah Desert Storm” can easily prove, how sales are related to charisma of this celebrity.

The sponsors would be hoping that he keeps playing on eternally as it is not uncommon for half the stadium to walk out when he is dismissed cheaply. His retirement will affect channel’s TRP, considerably. Association with him is a long-term investment and most of them have even drafted out policies to keep the brand Sachin alive and earn for an indefinite period, probably forever.

His philanthropic association with social campaigns like “Support my school campaign”, a Coca Cola NDTV initiative drew huge support from the Indian masses because of his massive fan following. Therefore, Sachin’s retirement can cause a huge low in the business world and can affect futures of many companies.

People flock the cricket grounds for a glimpse of Sachin Tendulkar more than anything else. The roar when he is on boundary lines speaks volumes. As Colgate is to tooth paste, Sachin is to cricket. And with the decline in interest of the younger generation in Test Cricket, it becomes even more important for a player of his stature to play for some more time. Even the young Indian breed of players’ needs guidance and support overseas and nobody can do it better than the little master himself.

A brand worth of more than Rs 2000 crores, he is a significant part of Indian economy and our markets; priceless gem of our country which is already in needs more inflow of money. He is roughly equivalent to a Small-cap listed on BSE/NSE.

Hypothetically speaking, if he is registered as scrip on the Sensex, he can be a prime revenue generator, further enriching the economy of the country; many investors ensuring their investments in him. For an investor, Sachin’s presence is imperative in the national cricket team.

Let us roughly calculate contribution of Sachin Tendulkar to the figure.

According to the rough calculations by a business analyst, out of the total international cricket matches played by Sachin Tendulkar, around 300 must have been played in India. At a ticket price of Rs 500(at an average) and taking average seating capacity to be 35000 (in Indian cricket stadiums) we come out with an amount little more than Rs 500 crores.

If we also add up the matches played by him on international grounds, the revenue generated by him increases by leaps and bounds.

Considering him to be the “best salesman” for BCCI and one of the prominent “Cash Cows” to the country’s exchequer, his retirement is going to hurt.