Mumbai: The suspense of “Talaash” has taken everyone by surprise. But little do people know that the climax of the film takes its cue from a real-life incident involving writer Zoya Akhtar. 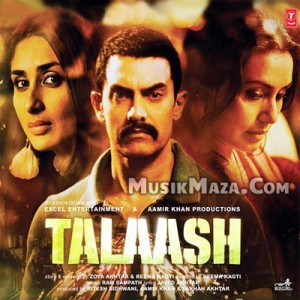 Zoya reveals it was this experience that gave birth to the idea of “Talaash”.

“I had an experience which I could not explain to myself and to others while I was on my way back from a south Mumbai party spot,” Zoya said in a statement.

“It was near Haji Ali. All six of us, who were travelling went through this. And this experience which I went through, became the vital ingredient of the story of ‘Talaash’. I spoke to Reema (Kagti) about this and it became the initial trigger point of the script that we wrote together,” she added.

Directed by Kagti, the film has opened with rave reviews. It also features Aamir Khan, Rani Mukerji and Kareena Kapoor.