Beijing: A teacher at a Chinese university has become an internet sensation after photographs showed him carrying real guns, including an AK-47, to a class, a media report said Monday. 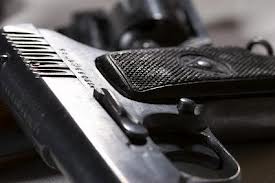 Wu is from the Nanjing University of Science and Technology in East China and the photographs were clicked Nov 28 when he taught the structure of automatic weapons to his students with over 30 real assault rifles, reported People’s Daily citing news portal ifeng.com.

The students were studying weapon production.

University authorities said there were strict controls regarding the guns and the police had permitted to do so.

Wu said the class is not open to those without majors in weaponry.

The media report said that the guns were not permitted outside the classroom and students could only handle the weapons under the teacher’s supervision.