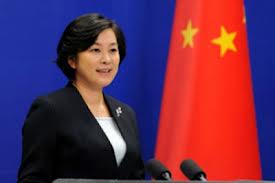 Hua said that recently, politicians from the US, the European Union and Canada had disregarded facts, confused right and wrong and groundlessly accused China on Tibet-related issues.

She said the comments were “rude interferences” in China’s internal affairs and Beijing was strongly dissatisfied with them and resolutely opposed those acts.

The spokesperson said Tibet has made great progress in politics, economy, culture and other fields since 1951, and that the region is widely recognized by the international community.

She urged relevant sides to respect China’s sovereignty and no longer do anything to interfere in the country’s internal affairs.