New Delhi: Indian Premier League (IPL) franchises may have lost out recruiting star Pakistani cricketers for reasons beyond them, but the Hockey India League (HIL) has had no such compunctions.

As many as nine of the 15 players 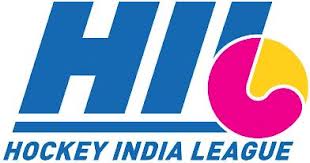 who came under the hammer at Sunday’s HIL auctions were eagerly grabbed by the five franchises for the league that will be held in January-February in five Indian cities.

Pakistan Hockey Federation (PHF) secretary Asif Bajwa welcomed the move of HIL franchises and hoped the league will benefit the players in the sub-continent.

“It was a great feeling to see Pakistani hockey players being bought by HIL franchises. I congratulate Hockey India for the initiative. It will definitely improve the sporting ties between the two countries,” Bajwa told IANS over phone from Lahore.

Since the 2008 Mumbai attacks, cricket remained off-limits for Pakistanis but hockey was not. Pakistani cricketers were a part of the first IPL in 2008 but since then they stayed away as sporting ties between the two countries snapped.

Pakistan, however, travelled to India for the 2011 World Cup semi-final. A bilateral limited-overs series will be played later this month for the first time since 2007.

Pakistan hockey team also played the 2010 World Cup and the Commonwealth Games in Delhi while six Pakistanis were a part of the unsanctioned World Series Hockey (WSH) held earlier this year.

Bajwa believes that HIL will change the face of world hockey.

“HIL could change the face of Indian and world hockey. The amount of money players will earn in a period of four weeks is unheard in international hockey. The sub-continent is now the focal point for world hockey. I think both India and Pakistan will be benefit from it,” the Olympian said.

Bajwa hoped the much awaited hockey Test series will come off in India sometime in April-May.

“Things are improving and hopefully we will also have the much awaited Test series in April-May next year,” he said.