Washington: South Asia faces a series of internal and external shocks during the next 15-20 years with India alone in a better position to face them thanks to its higher growth, according to a new US intelligence assessment. 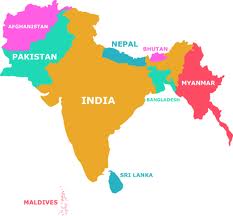 “The neighbourhood has always had a profound influence on internal developments, increasing the sense of insecurity and bolstering military outlays,” says the report “Global Trends 2030: Alternative Worlds,” by the Office of the Director of National Intelligence, the apex body of 16 US intelligence agencies.

“Conflict could erupt and spread under numerous scenarios,” says the fifth instalment in the US National Intelligence Council’s series aimed at providing a framework for thinking about the future released here Monday.

“Conflicting strategic goals, widespread distrust, and the hedging strategies by all the parties will make it difficult for them to develop a strong regional security framework,” it said.

“Afghanistan’s and Pakistan’s youth bulges are large – similar in size to those found in many African countries. When these youth bulges are combined with a slow-growing economy, they portend increased instability,” it noted.

However, “India is in a better position, benefiting from higher growth, but it will still be challenged to find jobs for its large youth population. Inequality, lack of infrastructure, and education deficiencies are key weaknesses in India,” it said.

An increasingly multipolar Asia lacking a well-anchored regional security framework able to arbitrate and mitigate rising tensions would constitute one of the largest global threats, the report said.

“Fear of Chinese power, the likelihood of growing Chinese nationalism, and possible questions about the US remaining involved in the region will increase insecurities,” it suggested.

“An unstable Asia would cause large-scale damage to the global economy. Changing dynamics in other regions would also jeopardize global security,” it said.

The Middle East, South Asia, and Sub-Saharan, which start from a relatively low base of economic and political gender parity, will continue to lag other regions, it said. Several regions – the Middle East and South Asia – appear particularly susceptible to outbreaks of large-scale violence despite the costs to themselves and others, the report said.