New Delhi: It did not take much for the cricket pundits to spot a genius in Sachin Tendulkar after he made his international debut in a Test match in Karachi Nov 15, 1989. He was 16 then. More than two decades later, he has gone on to become one of the greatest batsman the world will ever see.

Twenty-three years, one month, and eight days from his debut, the five-feet-five-inch cricketing genius has called time on a glittering one-day career. With 18,426 runs from 463 matches at an average of 44.83, Tendulkar has most batting records under his belt in the 50-over format as also in Tests. 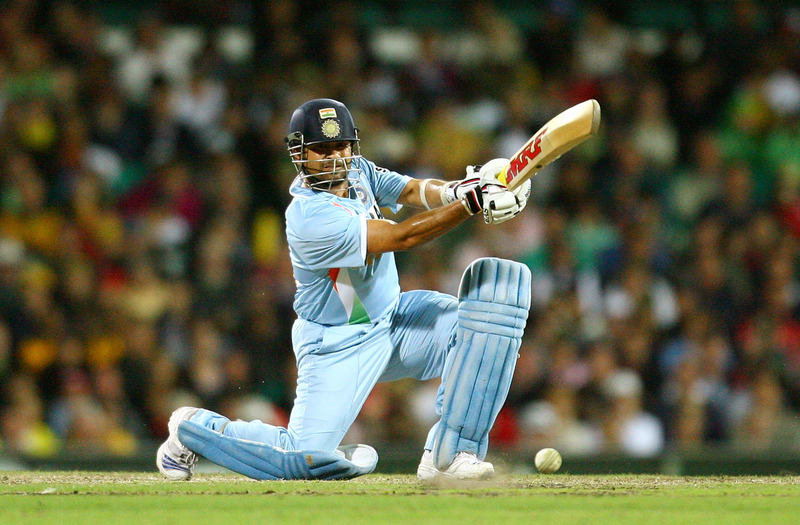 He holds the record for the maximum number of appearances and is the highest run-getter and century-maker in both versions. He has turned out in six World Cups at a stretch, playing a key role in winning the title in 2011 and finishing runners-up in 2003.

However, it was not all smooth sailing for the champion batsman in his initial ODIs. It took him all of five years and 78 matches to score his maiden hundred.

But experts never lost faith in him. Another Indian cricket legend Sunil Gavaskar commented that once he gets his first one, there will be no stopping him. Finally the big day came Sep 9, 1994, when Tendulkar struck a blazing 110 against Australia in Colombo.

The jinx broken, Tendulkar celebrated with two more three-figure knocks in the next two months. From then on, there was no looking back.

The memories of Tendulkar tearing into one of the greatest spinners of all-time, Shane Warne, at Sharjah, will forever be etched in the minds of cricket fans. In that tournament, he hit two back-to-back centuries (143; 134) against Australia — the first helped India qualify for the final based on a better Net Run Rate and the second, in the finals — which was played on Tendulkar’s 25th birthday, helped India beat Australia to win the title.

After the tournament, Warne claimed that he had “nightmares” at the thought of bowling to Tendulkar after being dominated by him.

An abiding image of Tendulkar would be the hundred he scored in the 1999 World Cup match at Bristol. Ramesh Tendulkar, a novelist and professor, who had deeply inculcated in his son the virtues of modesty and humility, died when India were in the midst of the Cup campaign.

Tendulkar flew home to attend his father’s last rites, and returned to the tournament, beating the Kenyan bowlers to pulp scoring 140 off 101 balls, and dedicated his innings to his father. On completing the hundred, Tendulkar looked at the sky, praying for his father, and has done likewise after reaching every milestone of his glittering career since then.

With the left-handed Sourav Ganguly, Tendulkar formed the greatest opening partnership in limited overs cricket, and the pair holds the world record for the most number of runs – 6609 in 136 matches that includes 21 century and 23 half-century stands. In 40 other matches, batting together but not as openers, the duo partnered another 1668 runs, taking their total aggregate partnership to 8277.

“These were the moments of my career I always cherish. My batting with Sachin in one-day internationals at the top was a huge learning experience,” Ganguly once said.

But the greatest adulation for the Mumbaikar came from the legendary Don Bradman – considered the greatest batsman of all times. Sir Don once asked his wife to take a look at the Indian as he felt Tendulkar played like him.

It was Tendulkar’s technique, compactness, and shot production that endeared him most to the Aussie, according to Roland Perry, who authored the book ‘Don’s Best’.

But in a revelation that even the ‘god of cricket’ has his human frailties, it took Tendulkar 370 days to get over an agonising century-less period after the 99th international hundred he got March 12, 2011 facing South Africa in Nagpur during the World Cup.

In recognition for the laurels he brought to the country, Tendulkar was nominated to the Rajya Sabha as an eminent personality by then president Pratibha Patil in April this year – the first sports personality to get the honour.

Tendulkar’s talent stood out since his school days, and partnered by his friend Vinod Kambli the duo made the cricketing circles sit up and take notice after an unbroken 664-run stand in a Lord Harris Shield international school game in 1988.

The rest as they say is history.