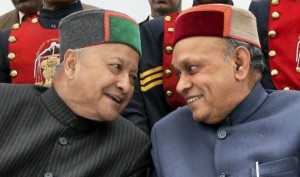 In 2007 assembly elections, 26 MLAs or 39% MLAs declared criminal cases against themselves.

INC’s Anirudh Singh has declared corruption cases pending against him. The other MLA with charges of corruption against him is former Union Minister and the newly appointed CM of the state, Mr. Virbhadra Singh.