New Delhi: He was a classical musician in the purest sense and was also dubbed the ‘godfather of world music’ by Beatles friend George Harrison. Ravi Shankar, who took Indian classical music to the world in the 1950s and effortlessly bound two worlds with the stirring notes of his sitar, leaves behind an unparalleled legacy of commitment to his art. 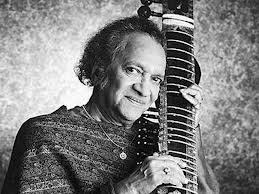 India’s most effective cultural ambassador, who died at the age of 92 in a hospital near his south California home following complications from a heart surgery, leaves behind his wife Sukanya and daughters Anoushka, the heir to his legacy, and singer Norah Jones.

“God has blessed me with Lakshmi and Saraswati,” he would often say of his daughters.

The dancer-turned-instrumentalist was born Robindro Shaunkar Chowdhury on April 7, 1920 in Varanasi. He gave up dancing in his illustrious brother Uday Shankar’s troupe 1938 to study music under Allaudin Khan – bequeathing his art to daughter Anoushka and legions of students who trained at the Ravi Shankar Foundation in US and in the national capital, where he had built a gurukul-like school.

Shankar spent his early years touring Europe and India with Uday Shankar. But he took to instrumental music in 1934 and studied for 10 years under his mentor. Before embarking on a formal musical career, Shankar worked as a composer setting the score for Satyajit Ray’s Apu Trilogy.

Later, with George Fenton, he shared the Oscar for the music of the epic “Gandhi” that released in 1982. In the same year, he composed the “Swagatam” welcome song for the ninth Asian Games that still brings a lump to the throat whenever it is played.

The mid-1950s were the key to Shankar’s contribution to making Indian classical music a world genre. In 1956, Ravi Shankar crossed the seas with his music to Europe and US. Throughout the sixties and for the better part of the seventies, he taught abroad and collaborated with legends like Yehudi Menuhin and Beatles star George Harrison, who drew from Shankar’s ragas for his repertoire, most famously in “Norwegian Wood”.

Harrison produced and participated in two record albums, “Shankar Family & Friends” and “Festival of India” both composed by Shankar.

Many have forgotten that Shankar, one of India’s most recognised musicians abroad, also played in the epic concert Woodstock, performing after Joan Baez.

The maestro was perhaps the first musician to write a concerti for sitar and orchestra – “Concerto for Sitar and Orchestra” which was performed by the London Symphony Orchestra under Andre Previn. In 1971, Shankar performed at the Concert for Bangladesh at Madison Square Garden.

As music director of All India Radio (1949-56), Shankar composed the classical version of “Saare Jahan Accha” that was sung by Lata Mangeshkar. He was awarded India’s highest civil honour Bharat Ratna in 1999 and won three Grammy Awards.

Shankar was nominated for another Grammy for 2013, the news of which reached him just a day before his surgery. Performer till the very end, he was last seen on stage just a month ago on Nov 4 in Long Beach when he played with Anoushka.

“How does one put the spiritual significance of music on paper? Music transcends all barriers and is one of the most beautiful communicative skills one can have. Music makes us all experience different emotions or the navarasa as well call it,” the maestro would often say about his music.

Shankar’s personal life was also of much interest to his fans. His main companion for decades was dancer Kamala Shastri. He also had a relationship with New York concert producer Sue Jones, with whom he fathered singer Norah Jones.

He had a son “Shubho” Shankar, from his first wife Annapurna Devi. Shubho, who was also a musician and often toured with him, died in 1992.

Old associates refused to bid a final farewell. “Actually, I think in a way we should celebrate the passing away of the maestro instead of grieving his death,” said former student and associate Shobha Deepak Singh, the director of Shriram Bharatiya Kala Kendra.