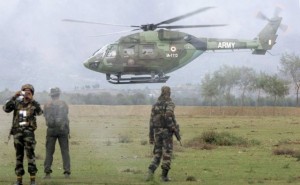 He told the Lok Sabha that the Defence Institute of Psychological Research (DIPR) was also studying the casual factors that create distress among younger officers and deplete their resources to cope with it.

The DIPR had been asked to suggest remedial measures, and Antony said the project was likely to be completed by October 2013.

The minister added that DIPR had also developed a “Suicide Risk Assessment Test” for the army to identify military personnel at risk so that preventive measures can be taken in advance.