Shimla: A better than expected catch in Bhakra Dam back waters has boosted the fishery departments’ hopes of meeting the year’s targets in warm water fishes even as cold water delicacies like rainbow trout fishing newer farms are being developed. 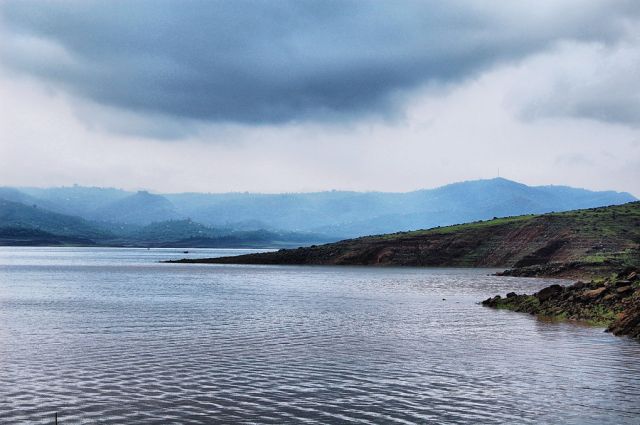 Speaking to Hill Post, Gurcharan Singh, director fishery disclosed, “despite a longer no fishing period imposed from 1st June, to 15thAugust for breeding purposes, the catch till end of November at Gobind Sagar Lake has doubled over last year and registered a new record.”

“Whereas last year in the corresponding period, the catch in the dam back water was 331.66 tons, this year the fish catch has crossed 673 tons,” said Singh.

Against a last year yield of 200.8 tons from Pong Dam reservoir till November, this season the catch has been 219 tons. 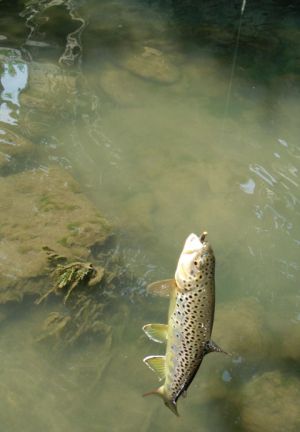 For breeding purposes the fishing close season is usually in June and July but because of delayed rains this year it was extended by 15 days, he added.

Other than reservoirs, warm water fishing is done in ponds and rivers and of the total catch of 7967.69 tons of this category of fish, 2227 tons production was from 21 registered ponds, 4815 tons from the 6400 fishing licenses issues and 925.69 tons from reservoir fishing for which a total of 4385 licenses were issued, department records showed up.

Besides fishing in warmer waters, high altitude snow fed streams are also stocked with fingerlings each year of exotic brown and rainbow trout species – a specie that has adapted well to the agro-climate after it was introduced over a hundred years ago by British anglers.

Efforts to boost production of  trout fish has hit a rough patch as one of the new fingerling farm in Tirthan valley of Kullu is not only behind schedule but because of lowering of the water flow in the stream, the intake structure is on higher ground than the stream bank and the newly constructed farm has no inflow.

“Contract for constructing the trout fish farm in one years’ timeframe was awarded to government agency Himachal Urban Development Authority (HIMUDA) in 2006,” said the fishery director.

Sources in HIMUDA claimed that the work is still to be completed even though an amount of Rs 2.60 crore had been spent on the trout farm whereas the contract is of lesser value. 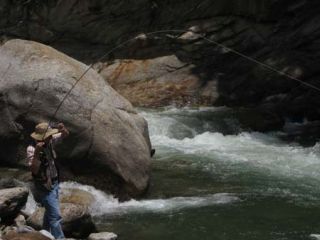 “Moreover, the stream flow level has fallen and now we have to construct a weir to hold the water flow so that it can feed the fishery channel and we are not experts in constructing weirs,” he said.

For the year the department has set a target of producing 97 tons of trout fish from government and private farms. From private farms the 2012-13 target is 80 tons.