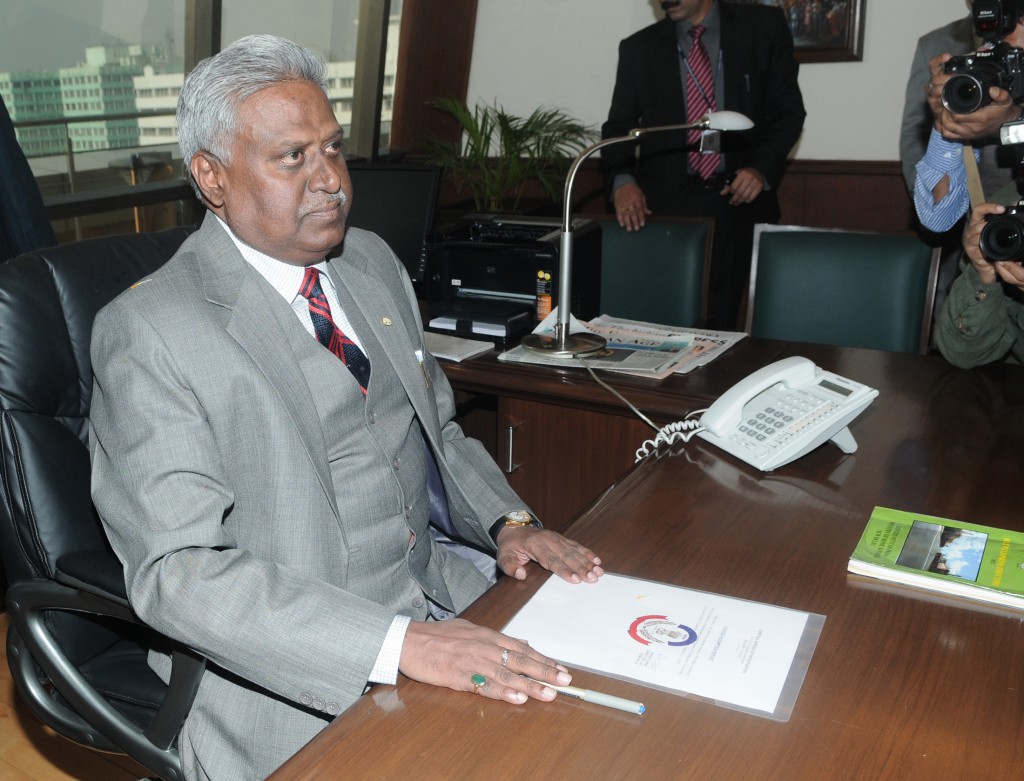 New Delhi: Indian Police Service officer Ranjit Sinha Monday took charge as the 25th director of the country’s premier investigating agency, the CBI, but declined to comment on the controversy over his appointment.

“I don’t think that there is any controversy. Government chose me and I am here,” said Sinha.

“I feel very honoured, and at the same time, am also humbled at the extremely important task bestowed on me,” he said.

When his appointment was announced, the Bharatiya Janata Party had questioned the manner in which the 1974 batch IPS officer was appointed to head the Central Bureau of Investigation (CBI) by the Congress-led government.

Sinha succeeds Amar Pratap Singh who stepped down as director Nov 30 after completing his two-year tenure.

“I am well aware of the rigours, processes and procedures being followed in this organization, having served as DIG and Joint Director in the Bureau. Now, as head of the bureau, I also bring with me, experience from serving the nation in my cadre as well as heading central police organisations,” Sinha added.

He said that to make the CBI effective, the agency needed more manpower, modern technology and facilities, upgradation of forensic laboratories and reduction in delays in execution of Letters Rogatory.