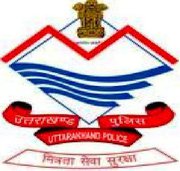 This seems to have been the swan song of six policemen, including the in charge of the Doon Hospital Police Outpost, whose revelry was cut short by the untimely arrival of SSP, Dehradun, the state capital of Uttarakhand.

Though the cops on seeing the city police chief made a hasty retreat, but the SSP himself was taken aback on seeing the bottle and glasses kept on the table and snacks for company.

Needless to say that all the six police men posted at the police outpost have been suspended, but not before he gave them a piece of his mind.

Police sources here said that there had been complaints for quite some time now that the cops manning the outpost were not only rude in their behavior to the people who came to lodge complaints, but also asked them to comply to their demands.

The demands mostly were for liquor, cigarettes and even money. They said that complainants who went to the police outpost after sunset, were aghast to see the cops drinking on duty and no complaints were attended to.

This had allegedly been going on for quite some time and information was given to the higher ups. It was while acting on this information, that the SSP Kewal Khurana saw for himself what was going on and took action.