London:  Singer Ozzy Osbourne is reportedly set to have an airport named after him. 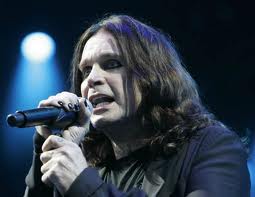 The 64-year-old has been put forward to be the new title of Birmingham International Airport after council bosses decided to name it after a local hero.

Record company boss Jim Simpson believes it would be a fitting tribute to the singer, who was born in Aston in the English city.

”I believe it would be a master stroke that would instantly confound the cynics. How does The Ozzy Osbourne International Airport resonate? The message says, ‘Hey world, we are proud of our own.’ Ozzy might not always have been a paragon of virtue, but he is a genuine, flesh and blood Brummie,” contactmusic.com quoted Simpson as saying.

Councillor Philip Parkin has confirmed talks had taken place to change the name of the terminals and that a tribute to Ozzy or Black Sabbath has been considered.

When asked whether he’d be prepared to change the title of the airport, he replied: ”It’s an interesting idea and I’ve got an open mind. I would be interested to know what people thought about it.”