New Delhi: An uproar erupted in the Rajya Sabha Monday over reports of Wal-Mart lobbying in the US to open the way for foreign equity in retail in India, with the opposition alleging that bribery was involved in the operation. The issue forced three adjournments, the last one for the day. 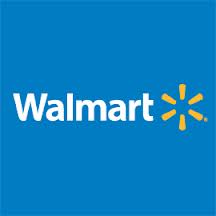 The issue was raised by Ravi Shankar Prasad of Bharatiya Janata Party during zero hour, when issues of public importance are raised.

Even as Prasad’s name was last in the list of zero hour mentions, it was taken up first after several opposition parties insisted it was important.

The opposition members alleged it was a case of bribery, and demanded halting the decision to allow FDI in retail and initiation of an inquiry into the case.

“All major newspapers today have reports that Wal-Mart, in its lobbying disclosure report, has said Rs.125 crore was spent on lobbying,” Prasad said.

“Lobbying is illegal in India, and if Wal-Mart has mentioned lobbying, it is bribery. To whom did they give the money? Government of India should tell. It raised a big question on multi-brand retail,” he said.

Prasad, quoting the report, also said $3 million was spent in lobbying in India in 2012 alone.

“Government should put a halt to this decision, probe it and clarify,” he said.

He was joined by members from other opposition parties, including the Left and Trinamool Congress.

Janata Dal-United leader Shivanand Tiwari urged the chair to call the prime minister for a clarification.

Minister of State for Parliamentary Affairs Rajeev Shukla then said he would convey the matter to the minister concerned.

The irked opposition, though, continued shouting and demanding a clarification, forcing Deputy Chairman P.J. Kurien to adjourn the upper house briefly for 10 minutes, and then till 2 p.m..

Last week, the decision to allow FDI in retail was put to vote in both houses of parliament, and passed.

Opposition members had alleged foul play by government in arranging the numbers for the vote, with Leader of Opposition in the Lok Sabha Sushma Swaraj saying the government misused CBI to get votes from the Samajwadi Party and the Bahujan Samaj Party in its favour.