Srinagar: The clean sweep by the ruling National Conference (NC)-Congress alliance, which won the polls for all the four legislative council seats Wednesday, has dispelled the notion that the alliance’s popularity had not percolated to the grassroots in Jammu and Kashmir. 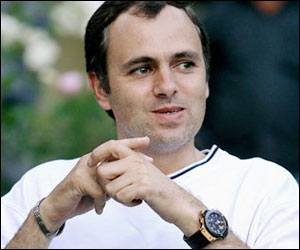 The ruling allies, led by Chief Minister Omar Abdullah, jointly fought the elections, at which more than 90 percent of the 33,540 sarpanches and panches came out to vote despite a boycott call by separatists. A total of 96 percent village heads and council members voted Dec 3 to send representatives to the upper house of the state’s bicameral legislature. These electons drew wide attention as they were being held after 38 years with militant organisations and separatist leaders calling for a poll boycott year after year.
.
The opposition People’s Democratic Party (PDP) fielded candidates for all four seats – two from the Jammu region and two from the Valley. The NC and the Congress fielded one candidate each from Jammu and the Valley. The electorate for the council polls comprised 33,540 elected panches and sarpanches, with 15,628 in Jammu region and 17,912 in the Kashmir Valley.

The common belief in political circles before the election results were announced was that the NC-Congress coalition in reality is an alliance between the Nehru-Gandhi family and the Abdullahs. Thus not many in Jammu and Kashmir believed that the alliance had percolated to the grassroots level. The internal bickering between some NC and Congress leaders lent credence to the belief.

In such a scenario, not many thought that the sarpanches and panches of the NC would vote for the Congress and vice versa.

About 170 sarpanches and panches of Kargil district voted for the Congress but not for the NC as they did not cast their second vote.
Notwithstanding this aberration, the complete synergy between the NC and the Congress resulted in the victory of all the four candidates fielded by the alliance.

When Omar Abdullah spoke of a grand alliance between the NC and the Congress for the 2014 state assembly elections last month, some Congress leaders had labelled this premature.

The thrill of victory will last for long for the two parties. The decision to fight the council elections jointly has created a huge constituency within the NC and the Congress which now supports the prospect of the alliance jointly fighting the 2014 elections.

Despite having won the majority of its assembly seats from the south Kashmir districts of Anantnag, Kulgam, Pulwama and Shopian in the 2008 elections, the PDP has not performed as expected in its perceived strong bastions. The PDP finished second after the NC-Congress in the elections, while the BJP was pushed to the third position by the PDP.

The good news for the PDP is that in the Jammu region, the party has made significant inroads. However, it has failed to register any noticeable presence in Leh and Kargil.

PDP spokesman Naeem Akhtar conceded defeat, but said it did not contain any message for 2014. He also tried to offer reasons for the coalition’s victory.

Abdullah has cautioned the NC cadre against complacency. “Your real test would be the 2014 elections,” he told a celebration rally of party workers in Jammu.

The chief irritant who could still upset the coalition applecart by his volatile statements against the Congress is none other than Abdullah’s uncle and senior NC leader Mustafa Kamal. When the coalition partners were celebrating the victory Wednesday, the vernacular press again carried a statement by Kamal criticising the Congress.

Of the 36 seats in the state legislative council, six (four from panchayat quota and two from local bodies) were lying vacant since the last panchayat polls in 2011.