Bangalore: With the Karnataka assembly polls less than six months away, political parties in the state are busy deciding who will be their main opposition at the hustings! 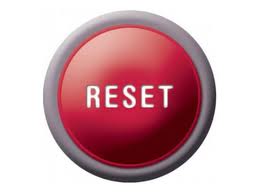 The dubious distinction for creating this somewhat bizarre situation goes to the ruling Bharatiya Janata Party. The party made a hash of handling the rebellion, first of the moneyed mining barons, the Reddy brothers, and later of its first chief minister B.S. Yeddyurappa.

This has given birth to two parties – the Karnataka Janata Party (KJP) led by Yeddyurappa, who quit the BJP Nov 30, and the Badavara, Shramikara, Raithara (poor people, workers and farmers) Congress or BSR Congress formed by former BJP minister and Reddy loyalist B. Sriramulu.

Of the two new parties, not much weightage is being given to the BSR Congress as, after its launch with a lot of fanfare, it is in the doldrums because the most vocal of the Reddy brothers and a former BJP minister, Gali Janardhana Reddy, is behind bars in Hyderabad in connection with an illegal mining case in Andhra Pradesh.

However Yeddyurappa, though facing over a dozen cases of corruption and illegal land deals – he was forced to quit as chief minister July last year over mining bribery charges – is a different ball game.

His KJP may not win a significant number of seats in the coming polls but the general expectation is that it will definitely spoil the chances of the BJP retaining the power it got for the first time in southern India in May 2008.

The 69-year-old Yeddyurappa, credited with leading the BJP to power in 2008, is missing no chance to position himself and the KJP – though more of himself and less of the KJP – as the main opposition to his former party.

To the amusement of the state people and glee of the opposition Congress and the Janata Dal-Secular (JD-S), he has been going round claiming that Chief Minister Jagdish Shettar is heading a coalition of the BJP and the KJP.

He started the claim even before he resigned from the BJP, pushing the state party leaders to rush to assert that Shettar is heading a BJP government and not a coalition.

This attempt by Yeddyurappa, cleverly aimed at hitting the BJP the most for “betrayal” of its promise to make him the state party chief soon after he quit as chief minister, has forced his former party as well as the Congress and the JDS to join the debate on who their real opposition is at the next assembly polls.

Shettar, a soft-spoken person otherwise, has also been pushed to become aggressive to counter Yeddyurappa.

He has started asserting that the Congress is the main opposition.

The Congress, though hopeful of cashing in on the BJP’s troubles to regain power it virtually lost in 2004 – it headed a short-lived coalition with the JD-S between 2004 and 2006 – is taking the position that the BJP is the main opposition. In its view, Yeddyurappa will damage the BJP’s prospects and will not hurt its chances.

The JD-S is projecting itself as the best alternative to the two national parties and is trying to embarrass the Congress by claiming that Yeddyurappa is backed by it, an allegation stoutly denied by the party.

For the hapless Karnataka voter, it would be some free entertainment as the parties vying for power also fight over who their main opposition in the battle of the ballot is.