Bhubaneswar: The Odisha human rights panel will investigate the death of a 24-year-old woman here Sep 20, five days after she was allegedly attacked and molested by a group of goons, an activist said today. 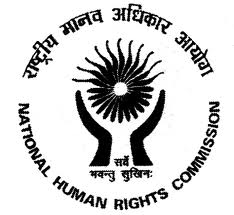 Human rights activist Akhanda said he had filed a petition before the National Human Rights Commission (NHRC) seeking a probe into the case and a compensation of Rs.5 lakh to the victim’s family.

The NHRC has transferred the case to the Odisha State Human Rights Commission and directed it to look into the incident, Akhanda told.

The activist said that Diptimayee Murmu, a native of Mayurbhanj district, was sexually assaulted by four goons on the outskirt of state capital Bhubaneswar Sep 15. She had come to the city for a job interview.

Murmu and her friend tried to escape from the goons on a motorcycle but could not succeed. Murmu was seriously injured after she fell from the motorcycle. Five days later, she died of injuries in a private hospital here, Akhanda said.

A police official said two people have been arrested in connection with the case and efforts are on to nab the remaining culprits.