Washington: US President Barack Obama has warned Syrian President Bashar al-Assad of “consequences” if he uses chemical weapons in the country’s 21-month conflict. 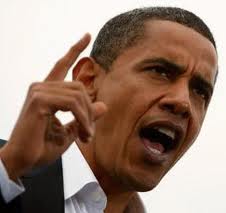 “Today, I want to make it absolutely clear to al-Assad and those under his command, the world is watching,” Obama said.

“The use of chemical weapons is and would be totally unacceptable and if you make the tragic mistake of using these weapons there will be consequences and you will be held accountable,” he said.

“We simply cannot allow the 21st century to be darkened by the worst weapons of the 20th century,” Obama said, vowing to continue efforts to make a transition in Syria.

He did not elaborate on what exactly the “consequences” would be.

Press reports quoted US officials as saying that intelligence had detected movement of chemical weapons in Syria in recent days, prompting Clinton to reiterate America’s “red line” on the issue in Prague.

“This is a red line for the United States,” she said.

“I am not going to telegraph in any specifics what we would do in the event of credible evidence that the Assad administration has resorted to using chemical weapons against their own people. But suffice it to say we are certainly planning to take action if that eventuality were to occur,” Clinton said.

Obama set a “red line” in August, warning against any use or proliferation of the chemical weapons.

In response to Clinton’s remarks, the Syrian foreign ministry reiterated its pledge not to use the stockpile against its own people, urging Washington to stop fabricating such claims.

“Syria has repeatedly stressed to the American side directly, or through the Russian friends, that it will not use such weapons, even if they existed, against its people under any circumstance,” the Syrian ministry said, noting that the US made a similar claim about Iraq before it invaded the country in 2003.

Syria’s stockpile is believed to include sarin nerve agent, mustard gas and cyanide.