Shimla: Funds provided under JNNRUM lying idle have enabled Himachal government to earn an interest of Rs 5.27 crore, while an amount of Rs 2.10 crore had been spent without proper authorization and two housing projects have run into long delays, a CAG report tabled in Parliament recently has pointed out.

The performance audit of Jawhar Lal Nehru National Urban Renewal Mission program has red flagged the storm water drainage project being implemented in Hamirpur. The Rs 3.34 Cr project was sanctioned in 2006 but the auditor found it incomplete in May 2011 even after an expenditure of Rs 4.81 crore had been incurred. 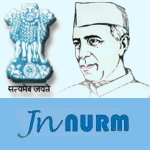 Besides the approved works, 47 storm water drainage works in other areas that were not approved in detailed project report had been executed with an expenditure of Rs 1.19 crore. The audit notes this was done without obtaining approval from union government.

In response to queries by CAG, the executive officer of Hamirpur municipality stated that the extra works had been executed on verbal recommendations or demand of councilors. Storm water as a resource is growing in importance as the human population demand exceeds the availability of readily available water.

The second case that finds mention in the report is about diversion of Rs 1.91 crore from the funds provided for setting up a solid waste treatment plant in Shimla. The funds were diverted towards compensatory afforestation and Shimla municipality had not responded to a CAG query about it.

The Rs 16.04 Cr project was sanctioned in March 2007 and was to be completed by January 2010. The delays in the project, the municipal commissioner held was due to non-clearance of site and public agitation.

The national auditor has also noted that two housing project for urban poor at a cost Rs 24 Cr that were approved in the financial year 2007-08 were incomplete on March 2011. The permissible project completion time was 12 to 18 months. While the project with 152 housing flats in Hamirpur was at roof level, the 384 dwelling unit in Ashiana II at Dhalli in Shimla was still ongoing.

The audit also mentions that the Ashiana II project was based on a survey of below poverty line conducted in 2004-05 and the commissioner had not conducted any survey of eligible beneficiaries prior to sanction.

Under financial management, CAG noted that Himachal had earned Rs 5.27 Cr as interest from JNNURM funds deposited with banks. 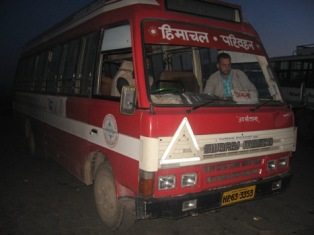 Only two project under JNNURM; a Rs 10.09 Cr road tunnel project and a Rs 7.60 Cr project of funding buses for urban transport for Shimla mission city stand partially completed. While the 150 meter long Auckland tunnel was thrown open to traffic last April, in the transport project, 75 buses were purchased and are plying in the city.

One of the major projects sanctioned for Shimla city is the  Rs 72.36 Cr rehabilitation of water supply distribution system that was approved in February, 2009 and funds have been released for it.

In all, 19 projects under the mission that was launched on December 3, 2005 by Prime Minister Manmohan Singh had been approved for Himachal.