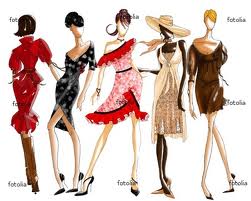 Ace designer Rohit Bal is perhaps one of the few names who has a range of collaborations to his credit – Hidesign, Oriflame, Mitsubishi Outlander and Zippo, to name a few.

The most recent has been his association with Ege, a Danish multinational carpet company, apart from designing a luxury hotel in Goa and collaborating with shoe and jewellery brands. He also lent his signature touch of lotus and peacock marks to a limited edition package of luxury scotch whisky brand Chivas.

“Creativity is not restricted to the ramp only. Creativity helps explore. As a designer, it is a natural progression to go into other creative mediums,” Bal told.

Designer Suneet Varma is another who believes in keeping pace with the changing times. He opened a firm, Unique Eye Luxury Apparel Pvt. Ltd, and bagged the Indian franchise for Armani Junior.

“As a designer, we understand people’s expectations and the market conditions. For me, creativity goes beyond just making designer outfits. Yes, there is different fun in this, but one has to be creative enough with business ideas as well to grow in this field. The idea is to think a little bit ahead and be creative about your business,” he said.

He is not the only designer who has ventured into entrepreneurship, Manav Gangwani also holds a stake in the company, Infinite Luxury Brands Pvt. Ltd.

The idea is to create your own world, says internationally renowned designer Manish Arora.

This year, the designer collaborated with Happy Socks to launch “Happy Holi”, a special three-pair pack from the popular sock brand.

Ritu Beri, one of the pioneers of the Indian fashion industry, confessed her interest in opening lifestyle boutiques that cater to one’s needs under one roof.

“My dream is to open lifestyle stores all over the world. I want to cater for everything that a person needs – from clothes, accessories to footwear, perfume and food. I want to bring everything under one roof,” said Beri, who wrote a book titled “Firefly – A Fairytale” that depicted her journey in the design world.

She was joined by many veterans – among them Wendell Rodricks, Pallavi Jaikishen and Samant Chauhan – who have penned their experiences in the design industry.

“I am an opportunist when it comes to a design challenge. My world is not just about clothes. I am a Gemini and can multi-task fluidly,” said Rodricks, whose book “The Green Room” was released during the Lakme Fashion Week in August.

Ritu Kumar, who has a perfume titled “Tree of Life”, feels it is “natural progression” to become an entrepreneur.

“It is not logical to stay within just one medium. As a matter of fact, one needs to expand to other mediums just to explore the vast Indian textiles and culture. And that’s why I also love designing for home furnishing and interiors. It’s an attempt to explore different things by remaining in your own field and I find it to be a natural progression,” Ritu Kumar told.

Though designers are exploring new mediums, they are not moving away from their ultimate passion, says designer Ravi Bajaj.

“I don’t think there is such a huge detachment or diversion even if we are trying other mediums. Fashion is all about aesthetics. Although the dynamics are different, there is a common thread that runs through it. Every creative person has one more tangent to it and I guess that is how it works,” Bajaj, who co-own a wine bar Soak with his brother, told .