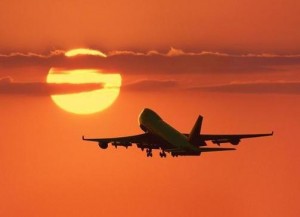 India would only be second to Kazakhstan which is expected to experience the fastest growth rate at 22.5 percent CAGR, adding 3.9 million passengers to the 2.2 million in 2011.

Indian will be followed by China’s 10.1 percent growth rate, which is expected to have an additional 158.9 million new domestic passengers.

According to IATA, the domestic passenger traffic world over is expected to increase by 5.2 percent and will rise from 1.72 billion in 2011 to 2.21 billion in 2016, with an addition of 494 million passenger over the period under review.

IATA further said the overall passenger traffic will increase by an average of 5.3 percent per annum between 2012-2016 to reach 3.6 billion passengers, from the 2.8 billion carried in 2011.