Senior managers of SJVN, a public sector power generation company, disclosed that water flow in River Satluj, which was 95 cubic meters per second (cumecs) at this time of the year in 2011, had dropped to 86 cumecs.

With this much available water, our 1500 MW Jhakri hydropower plant is only able to generate only 7.7 million units (MU) of electricity per day, which is even lower than the 8.5 MU generation that we were doing last year, said the senior plant manager.

Under normal river flows of about 450 to 600 cumsec, the plant, which is counted amongst the biggest hydropower plants of the country, produces over 36 million units of power round the clock in a day.

Presently only one of the 6 turbines operating at the generation plant are working, said the manager. There is not enough water to operate the others. The forced resting time is used for upkeep and maintenance m of plant machinery, he added

During the heavy monsoon months of July-August, when besides snow melt heavy rains swell up the river flows, the carrying capacity of Satluj River often crosses 1400 cumecs that feeds other hydropower plants in the valley also.

Himalayan rivers depend upon their water discharge from thawing of glaciers in the summer months, but as winters descend, the glaciers freeze again annually, are recharged by accumulating more snow and the water reduces substantially, says Manmohan Singh, Shimla meteorological station director.

Generation at the hydro plants owned by HP State Electricity Board too has declined sharply, dropping to less than 3 MU. The board owns several medium and small power plants with a generation capacity of about 400 MWs.

Deficient in power in winters, the board is using all power available under state quota as royalty from power producers, yet it is unable to meet the rising demand. 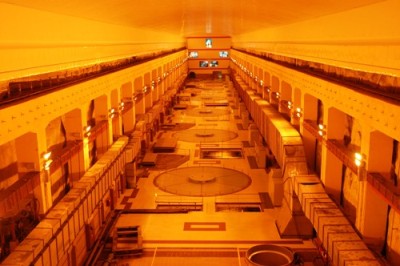 With a demand for power needed for heating purposes growing by leaps and bounds, the electricity board is also using up over 11 MU supply from the central pool and drawing up another 4 MU from another state with which Himachal has a power banking arrangement.