Jammu:  Kashmir has been cut off from the rest of the country as a landslide has forced closure of the 300-km Jammu-Srinagar National Highway No.1-A, the only lifeline to the valley. 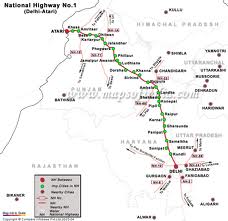 According to traffic police, a massive landslide near Ramban, around 150 km from Jammu, has resulted in the closure of the highway.

Nearly 2,000 vehicle, including 400 passenger vehicles, are stranded on the road following the landslide, said an official.

The landslide was triggered by rain which lashed the area for two days.

The Border Road Organisation (BRO) has put its men and machines on the road to clear the debris and open the crucial road link to the valley.

But a BRO official said it would take long time since the landslide was a massive one.

Traffic is not being allowed from Jammu to Srinagar or vice-versa.

“We will first clear the stranded vehicles and then allow traffic to resume,” said a traffic official.

Rains and snow usually cause the highway to be shut down for days together in winters.