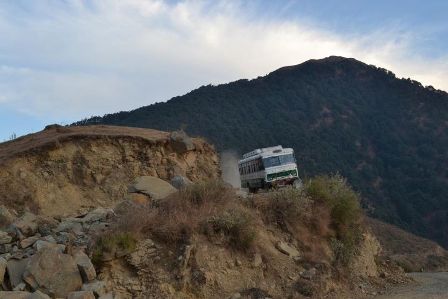 The decision came after a meeting of members of the joint action committee of HRTC employees with Transport Minister Mohinder Singh.

A government spokesperson told IANS that the HRTC management had accepted most of the demand of employees, including demand to convert the HRTC into the roadways on the pattern of Punjab.

A high-powered committee would be constituted within 15 days to look into their other demands. This would submit its report within a period of six months, he added.

The employees, who went on strike June 5, had been also demanding regularisation of the contract staff after completion of three years of service and protection of pension benefits.

HRTC is a loss-making company but it connects far-flung villages in the hill state with urban areas.