Shimla: The Himachal High Court pulled up the excise and taxation department about advertising of liquor brands and for not being able to check opening up of vends on highways and near educational and religious institutions. 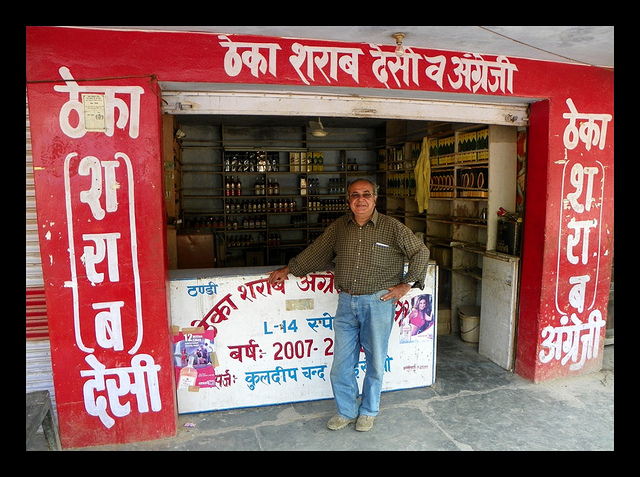 Hearing a petition about a restaurant-cum-bar being opened on a road leading to a government engineering college, Mandi even before the college was inaugurated, the courts division bench of Justice Deepak Gupta and Justice Kuldip Singh observed, “in case the allegation of the petitioner is correct that this restaurant-cum-bar will cater to the students of the college and nobody else., then it makes a mockery of the avowed policy of the state to ensure that youngster are kept away from intoxicants.”

The judges noted that the issue of location of liquor vends was coming before the courts time and again and pointed out that when the Cigarette and other Tobacco Products Act 2003 prohibited sale of tobacco products within 100 meters radius, why should liquor be permitted to be sold only at a distance of 60 meters from educational institutions.

“Health of the children and the future of our society is much more important than the revenue collected by the state,” the judges opined.

They also observed that it was noticed that liquor was being sold to many underage persons and asked the principal secretary excise to let the court know whether any liquor vend owner or salesman in the last 10 years had been booked for selling liquor to underage persons.

The judges also decreed that the 2013-14 excise police spell out a minimum age to whom liquor could be sold.

Referring to another case on the same subject, the judges pointed out that while the principal secretary excise under oath had let the court know that 31 liquor vends had been closed and another 66 had been shifted from the 60 meter radius to educational and religious institutions they were operating from, the Director General Police had stated that 110 such vends had been closed. The court asked the officers to explain the variance.

Noting that drunken driving was the chief cause of accidents in Himachal and the state had a stronger law that other states about drunken driving which treated the “offence equivalent to culpable homicide not amounting to murder,” the judges observed, “ then we see no reason how the said state can permit liquor vends to be opened on high-ways.”

The court directed that a committee headed by chief secretary prepare a draft excise policy in which a minimum age of a person who can purchase liquor be defined, a clause about minimum distance from educational institutions, places of religious worships and highways be incorporated and before opening liquor vends in rural areas, views of gram sabha’s and mahila mandal be taken into consideration.

“Social fabric and families are much more important than the revenue earned by the state and it is the duty of the state to ensure that it faces the liquor lobbies and liquor mafia head on and takes a strict and pragmatic view in the matter,” the judges observed.