The Sensex stocks have outperformed the new issues on the bourse in the past two years but now there seems a revival of the public issue market after having remained mute for many previous quarters. With the improvement in investor sentiment, in wake of economic reforms by the UPA II government, most of the Indian stock market participants are gung-ho about the current market. 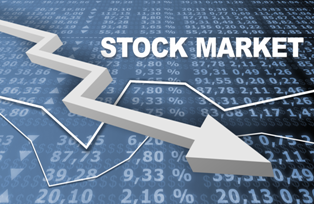 With news of Bharti Infratel planning to hit the market with an IPO to raise around Rs 4500 crores, it seems the worst for public issues is over. If Bharti Infratel successfully manages to raise the specified amount from the market it will be the biggest IPO since Coal India issue in November 2012 and making it the largest IPO of the country in the past two years.

The other important development doing the rounds in the market corridors is that the securities regulator SEBI has come out with strict guidelines that all the companies with high promoter holding will have to reduce their holding to 75% before June 2013. The markets are likely to witness more Follow on Public offerings (FPO’s) or new Offer for Sale (OFS) in the coming months.

With international rating agencies being positive about the economic future of India and by maintaining the existing ratings and not downgrading them have further boosted market sentiments.

Economist let Manmohan Singh government having agreed to abide by the Kelkar Report and intending to pursue the divestment program further would help to reduce the fiscal deficit. The government plans to raise Rs 30,000 crores to curb fiscal deficit and bring it within 5.3% of GDP for the fiscal year.

Despite the optimism around, there are still some worrying factors for the Indian economy. Considering the mute investor response to the recent auction of Hindustan Copper Ltd. Shares, the going would not be very easy.

In the Hindustan Copper LTD auction, only Rs 800 crores was raised from the market. LIC, SBI and other state owned financial institutions were the largest buyers. The private players seemed highly disinterested towards the auction.

According to the market experts, the base price of Rs 155 a share decided by the government proved to be higher than the investor expectations although the market price of the stock looked highly discounted initially.

The government ran way with an amount of Rs 800 crores from the auctions this time but markets would not be obliging similarly in the next auction. The government needs to carry out proper research work in discovering the justified price of the scrip in the case of NTPC, SAIL etc.

With the rush of new shares into the market there is huge probability of liquidity drying up as more and more investors would try to encash the opportunity to buy shares at an attractive discounted price.

As a result, the stock markets could feel the pressure in wake of sudden rush after many slow quarters.

Though there are many probabilities, but we should hope that the government ensures that the stock market remains stable in the coming days and pays decent returns to those investors who dare to invest in tough times.