Accra: Ghana’s President John Dramani Mahama is all set to move next year into a new Presidential Palace here built with India’s help.

After four years of dithering over what to do with the building, President Mahama has finally hinted that the seat of government will be shifted there in 2013. The foreign ministry, which is currently using it, will relocate to a new building being built with Chinese help. 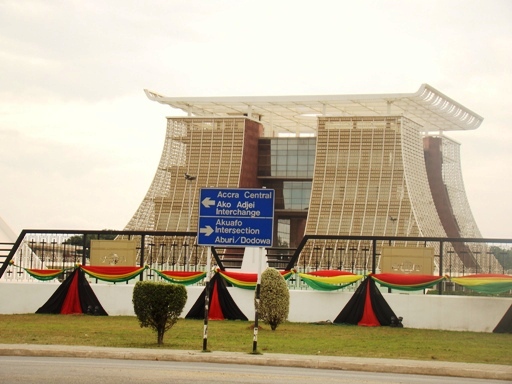 The new palace has gone through several controversies. First, then president John Atta Mills, decided not to use it after its completion, citing security reasons. This was in line with his campaign promise that he would not live there because the money spent on the building could have been used on other things to benefit the poor.

However, John Kufuor, under whose presidency the construction was initiated, praised the Indian government for providing the funds. There was also concern about its cost. Originally estimated at $36.9 million, the cost shot up to $135 million with the provision of additional facilities to enhance security.

The amount was part of a $60 million facility from the Indian government that has a 50 percent grant element, at an interest rate of 1.75 percent, repayable in 25 years, including a five-year moratorium.

The building’s original name was changed from Jubiliee House to Flagstaff House. Shapoorji Pallonji of India was named as contractor of the project, which started in 2006 and was completed in 2008.

“Staff of the ministry of foreign affairs are to relocate from the administration block so that we can make a complete move to the Flagstaff House in 2013,” President Mahama said at a Christmas party over the weekend.

“I have directed the chief of staff to supervise the correction of defects at the Flagstaff House as captured in the report of the committee I set up to assess the condition of the House.”