Washington: Incredibly life-like wax figures of five Hindi cinema legends, including megastar Amitabh Bachchan and superstar Shah Rukh Khan, will be on display at Madame Tussauds Washington D.C. through the end of the year as part of a travelling Bollywood exhibit at the famed wax attraction. 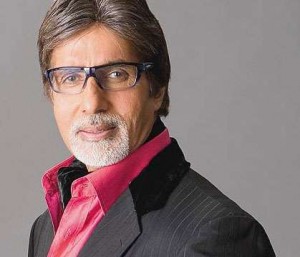 Two colourfully dressed dancers in turquoise and shiny gold sequined outfits will sway and swing in synchronous rhythm as they perform a fusion of traditional and modern Indian dances to help launch the new exhibit here Tuesday.

The exhibit features Amitabh, regarded as one of the most influential actors in the history of Indian cinema, Shah Rukh, one of Bollywood’s most renowned actors and often referred to as ‘King Khan’, and Aishwarya Rai, one of the leading contemporary actresses of Indian cinema who was featured in the blockbuster action thriller “Dhoom 2”.

Also featured are Hrithik Roshan, acclaimed actor and recipient of numerous best actor awards, and Kareena Kapoor, who is noted for her performances across a range of film genres – from romantic dramas and comedies to independent films and major Bollywood productions.

The dancers, from the Rhythmaya School of Dance, will open the event with a brief performance combining elements of both traditional and modern Indian dance styles, according to a media release.

Rhythmaya is a contemporary dance instruction and performance group dedicated to keeping South Asian dance traditions alive, and specialises in teaching Indian dance forms in a style that speaks to people of all ages, backgrounds and abilities.