Madrid: More than 36 million euros ($47 million) were stolen earlier this year from some 30,000 bank accounts in Europe in a cyberattack dubbed “Eurograbber”, according to a report published Wednesday by two companies that focus on Internet security. 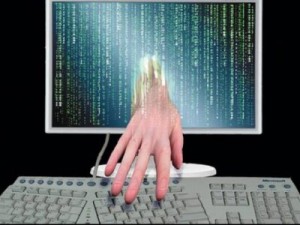 In Spain alone, the cyberthieves stole 5.8 million euros ($7.5 million) from 11,352 accountholders at seven banks, according to the report from Check Point Software Technologies Ltd. and Versafe.

The attack affected computers and cell phones between January and August of this year, Mario Garcia, general director of Check Point Espana, confirmed to EFE.

It was Check Point that in August reported the attack to the European police and alerted the affected banks.

Garcia explained the procedure the virus used to invade the banking system: after accessing certain links, the malware installs itself in a computer and remains inactive until the user connects online to their bank account.

It is then that the communication of the user with the bank is intercepted and replaced.

The malware, which simulates being a bank, sends a warning to the user about updating and improving online security and asks for their cell phone number, by which it also infects that device and interferes with the messages that banks send as part of the authentication process.

With the information and the transaction processing number, the cyberattackers can execute cash transfers parallel to those of the actual customer.

“If you transfer, for example, 100 euros, they can steal another such amount and you don’t see any change, either on the computer screen or on the cell phone,” Garcia said.

The amounts stolen ranged from between 500 to 250,000 euros ($650 to $327,000) and were removed from individual and corporate accounts in Italy, Spain, Germany and The Netherlands.