Manali: Early winter snowfall in Manali has brought cheer to the town’s hospitality industry and there are chances  that Manali  will witness a White Christmas after nearly two decades. 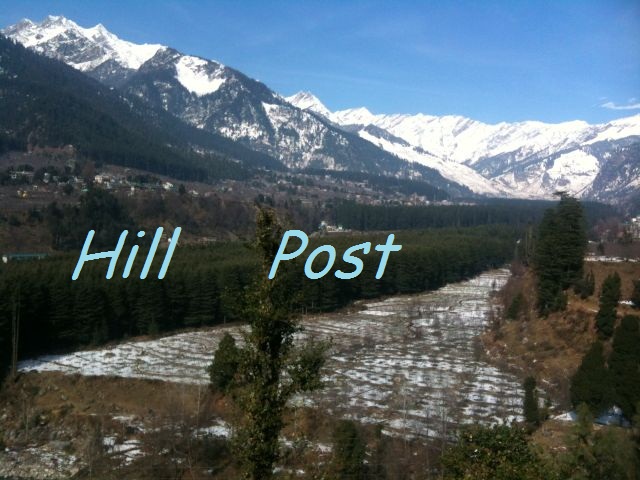 “Early snowfall brings along with it the sublime promise of a White Christmas. This (early snowfall) is, of course, a bonus from nature to the tourism industry,” revealed Himachal Pradesh Tourism Development Corp (HPTDC) Assistance general manager Sharma while speaking to Hill post.

The HPTDC has  economy and high-end hotels across the District.

Arun Katoch , a owner of Adrash Hotel in Manali town  said: “This season timely snow has generated hopes of witnessing good spells of snow before year-end. Our area saw good snow. Daily we are getting a number of enquiries about the chances of snow in the last week of December.”

Surbi Sandu , a senior executive with a Chandigarh-based multinational company, said: “If the weather remains favorable , we will visit Manali to have fun.”

“As the temperature plummeted considerably in the Kullu district after the first spell of snowfall, chances of more snow in the next few weeks are good in , Manali  and other tourist spots. This time the snowfall was timely,” revealed director  Capt  Randir Singh saluria  of Directorate of Mountaineering and allied sports Institute of Manali.

According to Acharya Resident manager Of Sterling resort, snowfall has been eluding Manali  on Christmas eve for the past 18 years. It was way back in 1991 when the city last witnessed snowfall   on Christmas eve.

Ved Ram Thakur, president of the Kullu home stay Association, told Hill Post, “Snow is the lifeline of Manali in terms of tourism. The recent snowfall has cheered us. If the weather obliges us with a good spell of snow in the coming weeks, then there are chances of good business.”

Manali and its nearby areas are already buzzing with tourists.

These days the rush of the tourists is from northern states,” he said.

The hills overlooking Manali are covered under a thick blanket of snow and the tourists are enjoying snow sports like skiing, snow scooter riding and sledging.

The 13,050-foot-high Rohtang Pass, which is just 50 km from Manali, and its nearby areas received heavy snowfall.

Last year the tourism industry was reeling under losses due to little or no snow in  Manali .

This time, the hospitality industry has more reasons to cheer as the year is going to end with another big holiday bonanza.