Mumbai:  Do explicit movie scenes and double-meaning songs and dialogues incite sexual violence? Many think so. But most directors in the Hindi film industry don’t agree.

Director of “The Dirty Picture” Milan Luthria feels that it is not correct to blame films for such rape and related crimes. 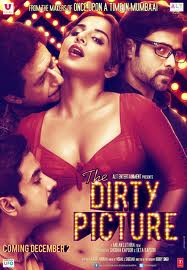 “I think it is unfair to make such an allegation about movies and songs. I take great offence. We need to look at our society and culture and how we live. Let’s focus on real issues,” Luthria told.

Giving a woman’s perspective, “Shirin Farhad ki Toh Nikal Padi” director Bela Sehgal feels it is important to inculcate a feeling of respect for women in boys from a young age.

“How can you rape a woman when it is a woman who gives birth to you,” she said.

Even though Sehgal feels that movies are a reflection of the society, they can’t be blamed for brutal sexual crime.

“Films are a reflection of how our society is. But I have not seen such a gruesome rape in any film. It is very shocking, but I don’t think films can be blamed,” she said.

Of course, violence and murders shown on the screen give ideas to people. Those who raped the 23-year-old in Delhi were psychopaths, she said.

Psychologist Neha Patel agrees with the general perception that television and films do influence people. She feels that a vivid display of the consequences of rape can help in reducing such crime.

“We have seen how ads send out subtle messages. When films show rape scenes, they often focus on the suffering of the girl instead of showing the consequences borne by the man,” she said.

“If this is shown, it might inculcate a feeling of fear in men… a visual depiction of consequences is very important.”

With item numbers becoming a must in every film, “Goal” director Vivek Agnihotri feels that songs with sexual innuendos do effect the psyche of people.

“More than rape scenes it’s the subliminal messages which affect the psyche. These come from perverted songs, dances, gestures, dialogues which are meant to titillate the audience,” Agnihotri told IANS.

“Very often I find our movies crossing that line. Why just movies? Even in school functions and birthday parties 10-year-olds dance with vulgar movements on vulgar lyrics.”