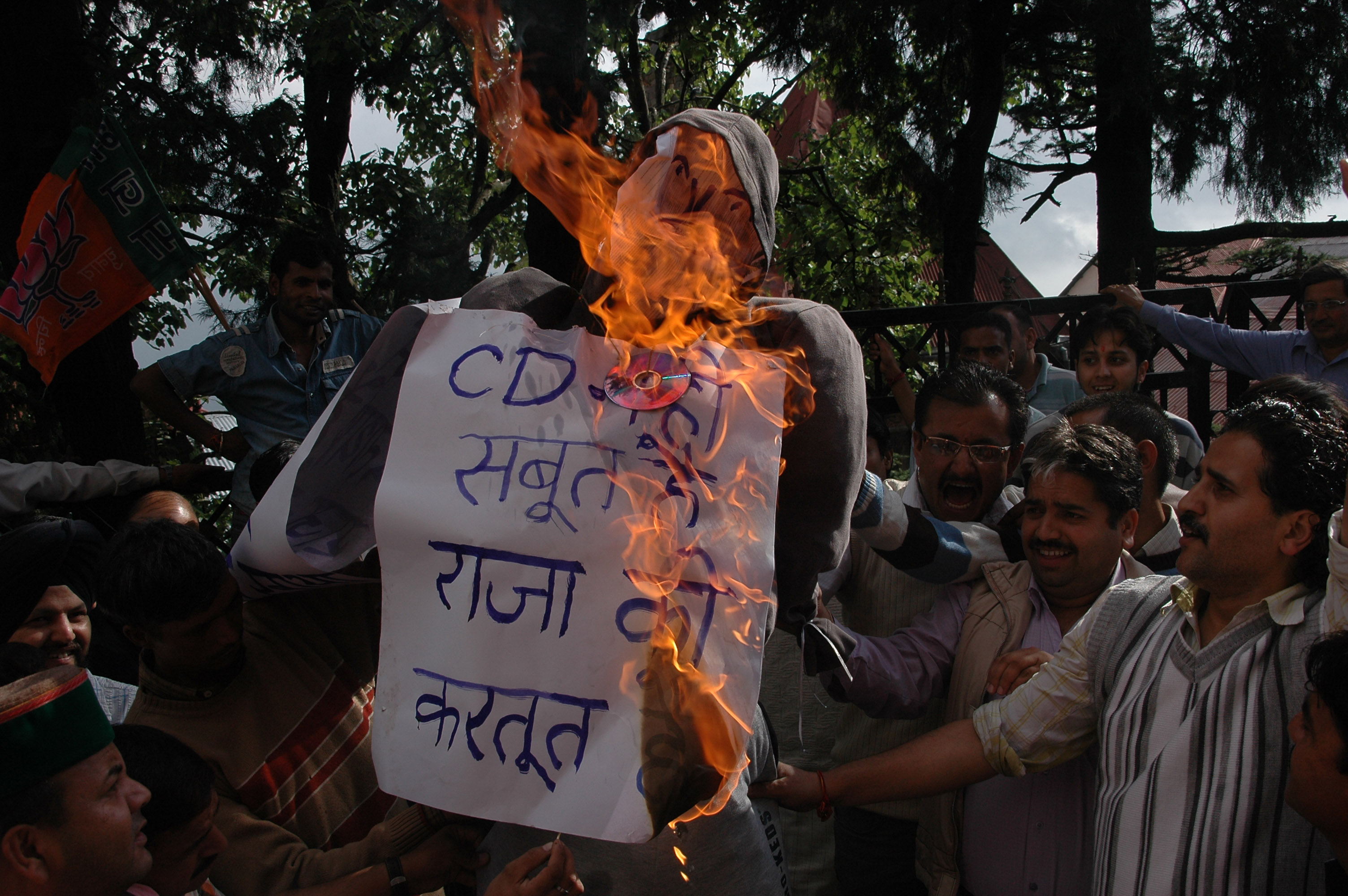 BJP supporters burn effigy of Union minister Virbhadra Singh in Shimla, today. Union Steel Minister Virbhadra Singh and his wife Pratibha Singh were booked by the Himachal Vigilance and Anti-corruption bureau on the basis of a CD allegedly containing conversations regarding illegal monetary transactions. Inspector-General of Police (Vigilance) S R Mardi told that Singh and his wife were booked on the basis of the audio CD released by his political adversary Vijai Singh Mankotia last year in which Singh was referring to some monetary transactions on phone with former IAS officer Mahinder Lal, who is no more. The CD also contained voices of Singh’s wife, former MP from Mandi. Former Congress minister Mankotia, had released the CD before the Hamirpur parliamentary by election in May 2008 and demanded the registration of the case against Singh and others. The police had sent the CD and the voice samples of the accused for voice analysis at the Chandigarh-based Central Forensic Science Laboratory.

The five-time former chief minister Singh hails from erstwhile royal family of Bushahr state. During the recent Parliamentary elections for four seats in Himachal Pradesh, he was the sole successful Congress candidate, winning the Mandi seat.