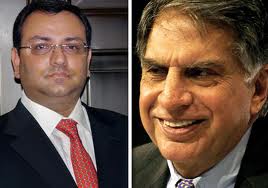 “The board of directors of Tata Sons today (Tuesday) announced the appointment of Cyrus Mistry as the chairman of the board after Ratan Tata retires on December 28,” the company said in a statement.

According to the statement, the company’s board conferred on Ratan Tata the honorary title of Chairman Emeritus.

Mistry has been serving on the board of Tata Sons since 2006, and was appointed in November last year successor to Ratan Tata, who has been chairman since 1991.

Mistry, 44, is the younger son of construction magnate Pallonji Shapoorji Mistry, who holds an 18.5 per cent stake in Tata Sons, making him the single largest shareholder. He is married to Rohika Chagla, daughter of eminent lawyer Iqbal Chagla.