Washington: Two NASA moon probes, designed to help scientists learn more about the composition of the moon, will be intentionally crashed into a mountain near the moon’s North Pole, the US space agency has said. 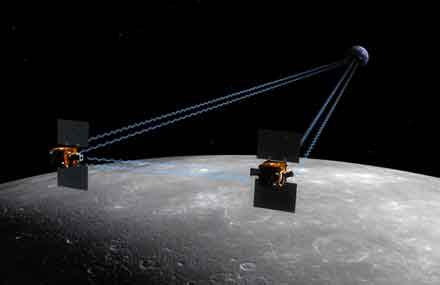 Mission engineers need to guide the twin Gravity Recovery and Interior Laboratory (GRAIL) probes known as Ebb and Flow down because they have run out of fuel to keep them in lunar orbit, NASA officials said in a statement yesterday.

“Our lunar twins may be in the twilight of their operational lives, but one thing is for sure, they are going down swinging,” said GRAIL project manager David Lehman of NASA’s Jet Propulsion Laboratory in Pasadena, California.

The event was expected to be broadcast on NASA TV, giving viewers around the world a behind-the-scene look at the event, including interviews with members of the GRAIL team.

Images of the actual crash won’t be available because the region on the moon where the impact is expected to take place will be in shadows at the time, NASA officials said.

The $496 million GRAIL mission was launched in September 2011, with Ebb and Flow flying in formation around the moon since January. According to media reports, the probes completed their main task of mapping lunar gravity between March and May this year.

Ebb and Flow will conduct one final experiment before their mission ends, NASA officials said.