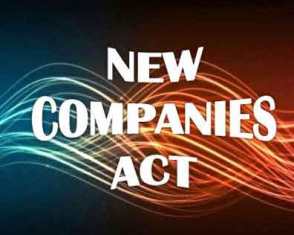 “The bill will be placed before parliament on Monday,” Pilot said during an address at the MCC Chamber of Commerce here.

The bill, which provides more teeth to the Serious Fraud Investigation Office (SFIO) by giving it additional statutory powers, has been pending for nearly a decade.

“SFIO will get more statutory powers to prevent corporate frauds. Also, there will be better tie-ups between investigative agencies at the central and state government levels, IT department and information technology ministry with the SFIO,” said Pilot.

The minister exuded confidence that the involvement of various regulatory bodies would not affect the process of taking action in case of such frauds.

He said the SFIO and the arm of information and technology ministry that handles online frauds have already come to an agreement to share data.

The SFIO would get powers to lodge cases, initiate action against culprits and co-ordinate with other investigative agencies like the Central Bureau of Investigation or Enforcement Directorate in case of any corporate fraud.