New Delhi: It is their biggest festival, but many Christians in the national capital Tuesday joined protestors in the city center and demanded justice for the gang-rape victim battling for life in a city hospital. 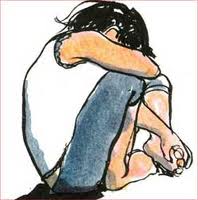 Dedicating this Christmas to the young physiotherapist, many carrying banners in their hands also offered prayers for her.

“I am dedicating this Christmas to the rape victim. It is not fair to celebrate when the woman is battling for life. How can we sit at home and celebrate Christmas and New Year,” the 24-year-old who is studying medicine in a Uttar Pradesh medical college, told IANS.

“We need to protest and wake up this government so that they think on women’s safety,” she added.

She said when she reached Jantar Mantar, an 18th century astronomical observatory in the heart of the city, there were around 200 protesters.

“I am deeply hurt by this shocking gang rape. I am a Christian, but this year instead of partying and celebrating I will only pray for the girl’s good health. I will ask my other friends to join me in this peaceful protest,” she added.

“I am a working woman. I know what type of harassment a girl face while walking on road. Rape happens daily in Delhi. Now its high time that our daughters be protected against this heinous crime,” Mercy, who works as a nurse in a government hospital, said.

Working as a physiotherapist in a Delhi hospital, Roni Thomas, 24, said she was not able to join the protesters earlier, but did so today.

Thomas said she was praying for the gang-rape victim who was also trained as a physiotherapist.

“We do not want this incident to happen with any other girl. Delhi is so unsafe. It is difficult for any girl to venture out at night. We want government to create a feeling of security among the women,” Thomas, who came with her other friends.

Shouting “we want justice”, Thomas said she came straight to Jantar Mantar after offering prayers in the church.

She also condemned the violence that left a 47-year-old constable dead.

“We belive in peace.. so wanted to protest in a peaceful manner. But it is important to stress the point that women are not safe (here),” Thomas told IANS.

Mitchelle Dominique, 30, said instead of giving assurance on women safety, government should act.

“We need action, not assurance, for the last so many years government has been assuring women safety….. Has anything happened? Every day women are being raped, what government has done?” asked Dominique.

Merin Cherian’s 20-year-old brother, who also took part in the protest, said this Christmas he wants to pray for the young woman, whose condition continues to be critical.

“I would pray for the girl and protest so that this would not happen to my sister or my friend or any other girl,” he said.