London: Apple may launch a fifth generation tablet next March, in keeping with its yearly Spring releases of previous models, a media report said Tuesday.

According to an inside source of the tech blog Macotakara, the new iPad will look like the iPad Mini in design and the dimensions of a slightly smaller iPad 2, the Daily Mail reported.

There are currently three models of iPad: The first iPad, the iPad 2 and the iPad Retina display – all measuring the same. 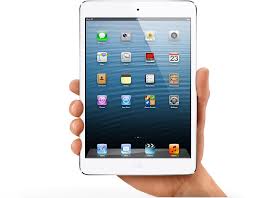 Apple released a faster version of the iPad Retina (also known to many as the iPad 3) this March and some people refer to this as the iPad 4.

Following hot on the heels of the iPad 4 launch was the introduction of the Mini measuring a sleek 7.87 inch in height, 5.3 inch in width and 0.28 inch in depth.

The new model, according to Macotakara, would feature the Retina display with the same resolution as the third and fourth generation iPads, the Mail added.