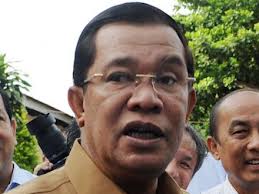 The prime minister’s suggestion was made during a meeting with Indian Prime Minister Manmohan Singh in New Delhi Wednesday while he attended the 20th anniversary of ASEAN-India dialogue partnership, Cambodian foreign minister Hor Namhong told reporters at the international airport here Friday while returning from India with the prime minister.

He said the two projects are the electricity transmission line from Kratie province to Stung Treng province with an estimated cost of $20 million, and the Sva Slab River irrigation system to cost $37 million, Xinhua reported.

He added that Hun Sen also suggested India to consider operating direct flights to Cambodia to promote ties in economics and tourism.

Both sides also agreed to create a mechanism to speed up the implementation of every cooperation plan between the two countries, he added.