Bangalore: India’s $100-billion IT industry in 2012 saw the emergence of new companies to serve global and local markets and sustained growth, despite tough business conditions. 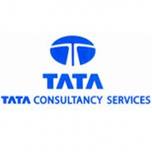 For the bellwethers, the year was a turbulent one with Infosys and Wipro struggling to stay afloat while numero uno TCS withered headwinds to stay ahead even as distant competitor Cognizant challenged their dominance.

“European debt crisis, change of guard in China, US presidential elections and slowdown in world economy, including India, have affected the industry’s growth rate as discretionary spending and investments for expansion or innovation have been put on hold,” said a top industry representative.

Implementing lessons learnt from previous cycles of ups and downs, especially during the tech meltdown in 2008-10, the industry and especially its bellwethers have consolidated operations, forayed into new domains and diversified service offerings to create multiple revenue streams in traditional and emerging markets.

“A paradigm shift in technology trends and application is leading to emergence of new companies from India to serve global and local markets,” Som Mittal, National Association of Software and Services Companies (Nasscom) president, told..

“The domestic market is also witnessing increasing technology adoption in the government sector and the small and medium enterprise (SME) sector for efficient and faster delivery of services and products.”

Software exports are expected to grow 11 percent this fiscal to $77 billion despite currency volatility from $69 billion in 2011-12, according Nasscom.

The year has, however, been most challenging to global software majors Infosys and Wipro, which have gone through a change in top management and facing the heat of competition from global peers, including TCS and US-based non-resident Indians (NRIs) funded Cognizant Technology Solutions Corporation.

First time in many years, Infosys halved its annual revenue forecast to five percent in July in April. Also, its strategic shift to 3.0 version is yet to make impact on its marquee clients for cutting big deals.

Sailing in the same boat, Wipro too went through a management rejig and in the process took time to get its act for clinching new deals and driving volume growth.

In a strategic move in November, the company decided to hive off its non-IT business into a separate entity from next fiscal (2013-14).

In contrast, TCS has been able to maintain double digit growth on annualized basis with better pricing and flexible billing. It also became the first IT major to cross the $10-billion revenue milestone early this year.

The industry as a whole managed to grow in double digit this fiscal (2012-13) so far though less than 16 percent last fiscal (2011-12), unlike the global financial crisis in 2009-10 when the sector’s export growth rate slumped to single digit (six percent).

“We feel the worst is behind us and hope for a turn-around of the global economy in 2013 to fuel higher growth in the industry, as technology is increasingly becoming an integral part of every industry,” said Mittal.