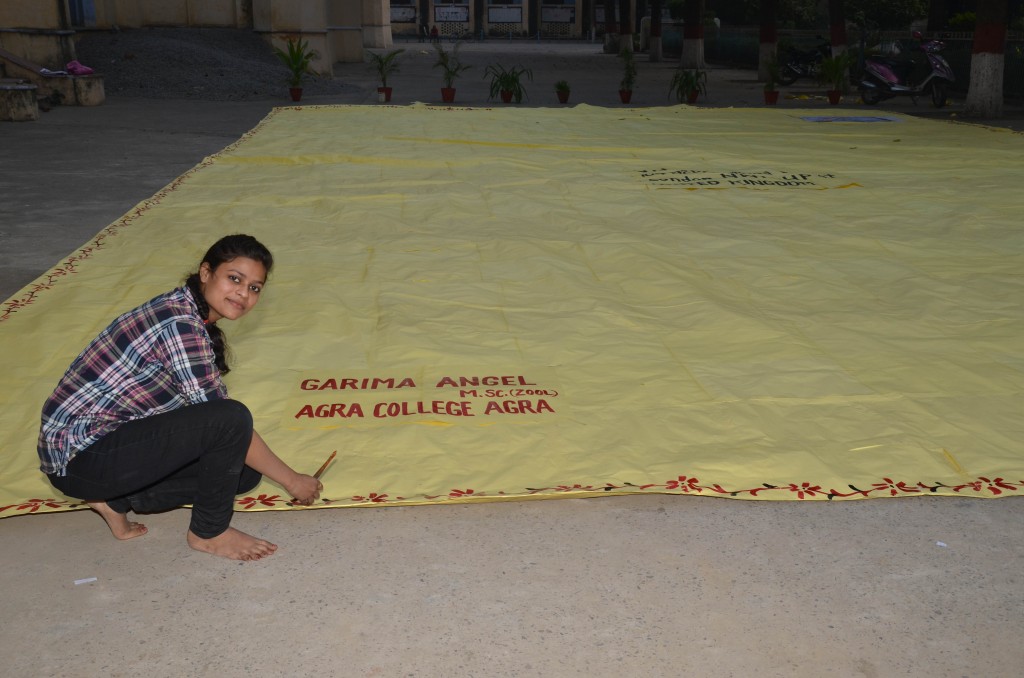 Agra: A post-graduate student of the Taj city has claimed creating the world’s biggest envelope to carry the message of “Save Taj Mahal from polluted Yamuna”.

Garima Angel, a student of M.Sc. final year in Agra College here, said on Sunday: “I have set a new world record for the Guinness World Records. My envelope is 14.51 metres long, 9.86 metres wide and weighs around 50 kg. It’s made of card sheets joined by glue, and is yellow in colour.”

The earlier record was held by Aligarh Muslim University students who last year made an envelope 11.02 metres long and 7.61 metres wide, Garima said.

It took her more than a month to finish the job. “I finished it on my birthday a few days ago,” she said.

The objective is to highlight the grim problem of environmental pollution and how a dirty river was posing a threat to the Taj Mahal, Garima said.

The envelope would be on display in the city for a few days, she said, adding that it would later be sent to President Pranab Mukherjee or Prime Minister Manmohan Singh.

Written messages of Taj lovers would be placed inside before the the envelope is dispatched, said Garima. She is working out the logistics for sending it to Delhi through a courier.