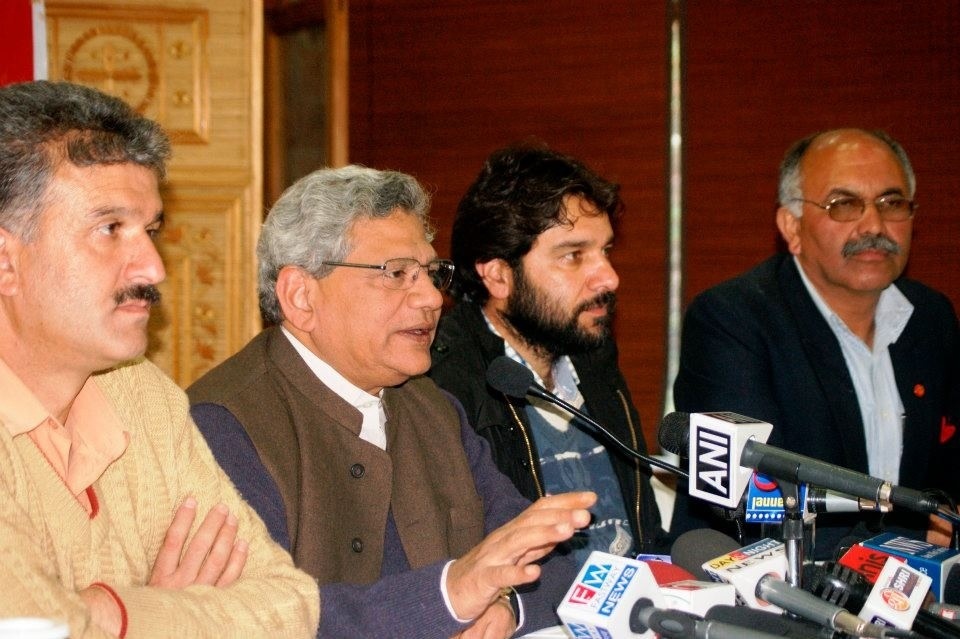 Shimla: CPI(M) Politburo member Sita Ram Yechury said that political situation in Himachal is an indicator of an emergence need for third political alternative as both the ruling BJP and Congress are involved in massive corruption and differ little in policies. 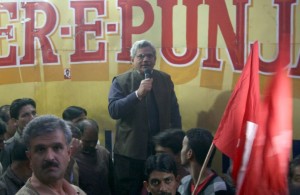 Talking to media persons he said “for the first time CPI(M) and CPI are contesting all 59 seats in alliance with Himachal Lokhit Party (HLP) sending a clear message to people that this morcha is a viable alternative to BJP and Congress”.

He said “CPI(M) is gradually gaining political presence after dominating University and college politics for last 40 years in the State. CPI(M) was elected for one assembly seat in the past but recent victory of party candidates in MC Shimla elections shows that it is emerging politically in Shimla and its nearby areas”.

“Now, in order to affirm its grip in rural areas, three candidates namely Former MLA Rakesh Singha from Theog, Kuldeep Singh Tanwar from the Kasumpti and Tekinder Singh Panwar from Shimla are in fray for the Assembly seat”, he added.

Targeting the two major parties, Yechury said “BJP and Congress are indulging in corruption and loot and there is marginal difference in their policies regarding privatization of Insurance, FDI in pension fund and other sectors”. “The opposition of BJP with respect to multi-brand retail is only opportunistic”, he added.

“It is an irony that Congress was opposing FDI when the NDA was in power and now the BJP is opposing FDI but in fact both the parties have no difference in policy on FDI and BJP’s opposition is only opportunistic”, he asserted.

Continuing with his reference to ongoing assembly polls in the state, he said that “CPI (M) had won the posts of Mayor and deputy Mayor in prestigious Shimla Municipal Corporation (SMC) in May this year and the same trend would likely be visible in the assembly polls”.

Yechury said that “CPI(M) opposes FDI in all sectors except in areas where it increases the production capacity, generates employment and helps in upgrading technology, and pointed out that FDI in service sector has harmed the people and it should be disallowed”.

On being asked whether the CPI(M) would support the TMC’s motion opposing FDI in retail, Yachuri was non-committal and said “we will see when it comes because TMC says something and does something else”.