Empowering Panchayats could be Autonomy for all

As the ruling and principal opposition parties fan out to mobilise support of the elected village representatives for four seats of Legislative Councils reserved for the Panchayats they must not lose sight of the real issue about the rural local bodies.

The political debate on empowerment of Panchayats that heightened over past few months has come to sudden calm as the focus shifts to elections for four members of the Upper House. 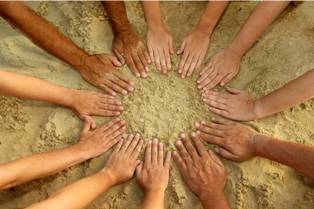 For ruling National Conference and the Congress as also the main opposition Peoples Democratic Party this elections is not about getting representatives of the Sarpanchs to the legislature but it is more about how these parties are doing to positioned for autumn 2014 general elections.

The Electoral College for the seats of Upper House is comprised over 33,000 elected village representatives who have their own individual support bases. Elections to Panchayats were held in 2011 on non-partisan basis but subsequently all parties began to claim victory of candidates supported by their parties.

Few months later the parties began to flaunt the number of Panchs and Sarpanchs they have with them. Results of December 3 elections to the four seats of Legislative Council will actually determine which party has the support of village representatives and whichever party muster largest support will certainly have an edge over the others in the assembly elections which are not very far from now.

Jammu and Kashmir has a bitter history of long term gains frittered short term success. A sequence of events in the past would suggest that the sociological concept of delayed gratification was never given a chance as the principal players always desired to pocket the quick bucks.

As has been argued in these columns many times over, the Panchayats elected since last year offer unique opportunity of settling down for once and all many internal conflicts which have already been the festering wounds.

The regional and sub-regional imbalances in all three regions may be in their own proportions real, surreal and imaginary but one thing is in common –the sense competitive victimhood.

To address the regional and sub-regional imbalances and to overcome the sense of competitive victimhood various stakeholders have raised demand for local autonomy exactly as state’s dominant narrative demands from New Delhi.

The demands like Autonomous Hill Development Councils for the Pir Panjal (Rajouri and Poonch districts) region and the Chenab Valley region (Doda, Kishtwar and Ramban districts) as also the earlier ones which fructified in case of Leh and Kargil primarily stem out from lopsided development, lack of adequate representation in the decision making process and are linked directly to or are offshoots of the unsettled Kashmir issue.

Interestingly, the most of Kashmir issue is all about devolution of powers. Ever since the transfer of power from monarchy to the people in 1947 the Kashmir Valley has enjoyed more political and economic significance, though most of it symbolic, than Jammu and Ladakh.

Jammu’s allegations against discrimination and response to political dominance of Kashmir Valley could never steer clear of communal reflections and therefore could never command influence over or represent sentiments of the Chenab Valley and Pir Panjal –the two regions with a mixed spread of religious and cultural identities.

With its sustained campaign against regional discrimination, traditionally and equally patronised by two leading national political parties, the BJP and the Congress, the Jammu region has been able to register noteworthy progress in economic development so as to surpass Kashmir Valley and bag significant share in the political representation.

However, the entire concentration of this achievement of regional empowerment is mainly in the southern plains of Jammu province, with Jammu district as its epicentre.

Deprived of due share in regional empowerment which in Jammu is has always been seen in degree of comparison with Kashmir, the Chenab Valley and Pir Panjal regions nurse a strong feeling of being abandoned by all key players, may that be what is called as political leadership of Jammu, the ruling elite of Kashmir or Government of India’s response to the development needs and political aspirations of Jammu and Kashmir as a whole.

When Jammu agitates against the real or imaginary discrimination the basis is comparison with Kashmir in the development, distribution of jobs or representation in the top decision making bodies of the state.

Pir Panjal and Chenab Valley feel like having been taken for a ride by the urban elitist leadership of Jammu when resources do not percolate to the sub-regions which are actually showcased to make a strong case of discrimination by Kashmir’s political elites.

These imbalances are multi-tiered and there is no end to the list of grievances of one against the other.

Kashmir has been struggling to get New Delhi concede more powers. Jammu’s campaign has been endless for six decades to get better deal and it has got. As Jammu asks for more, the sub-regions like Doda, Rajouri and Poonch ask for their share.

Then there are further smaller units and the rural urban divide which talks about wide gaps. Communities like the Pahari speaking people, the Gujjars and other tribes have their own stories of deprivation.

Dividing regions and pitting communities against each other have done no good and will never do.

The best possible way of addressing the sense of competitive victimhood and removing imbalances is to equally empower people to the lowest unit of democracy –the village Panchayat.

Once the elections to Legislative Council are over this must become a unanimous agenda of all political parties and other stakeholders.

The author is a senior journalist and Asia Society Fellow on India-Pakistan Young Leaders Initiative.