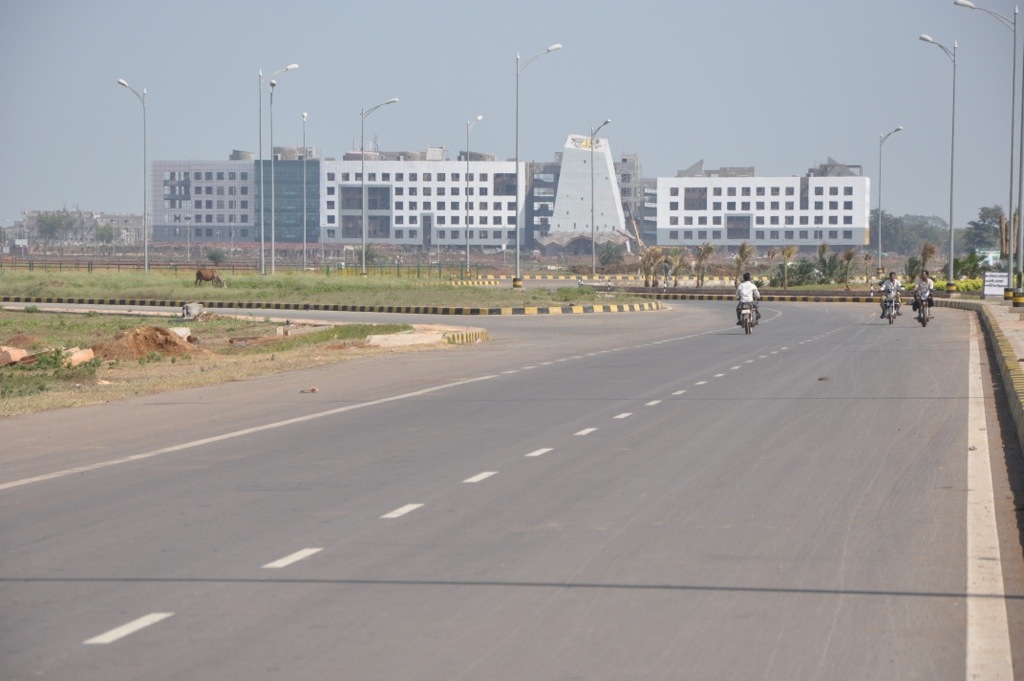 Naya Raipur: A 20-km drive out of Chhattisgarh’s bustling but civic infrastructure-deprived Raipur takes you into a totally different world. Welcome to Naya Raipur – the new age, green capital of the state.

The youngest state capital in the country boasts of being the first greenfield city planned and executed in the 21st century.

From broadband connectivity provided through underground optical fibre cables to WiMax and six-lane roads to 60,000-capacity cricket stadium and five-star hotels to special economic zones and a garment park to a jungle safari township, the proposed facilities in Chhattisgarh’s new capital compare with the best in the world.

Naya Raipur, which officially become the state capital Thursday, is in contrast to Raipur, the earlier capital city, which had stressed civic facilities for roughly 1.2 million people.

Fears had been expressed by some health experts that almost 60 percent of the population in Raipur was suffering from respiratory problems due to over 125 polluting small steel units located in its periphery. But in Naya Raipur, the air is clean and fresh.

The new capital was born exactly 12 years after Raipur became the state capital with the carving out of Chhattisgarh from the central Indian state of Madhya Pradesh.

A monumental project to create the new capital was led by the Naya Raipur Development Authority (NRDA).

NRDA chairman N. Baijendra Kumar, a principal secretary in the government, said: “The state government’s vision of a systematic, responsible growth led to the creation of Naya Raipur.”

“Naya Raipur promises quality infrastructure, easy access to essential amenities and services and economic opportunities for all its citizens. It is committed to using natural resources responsibly and conserving its ecological and cultural wealth for the future generations,” he said.

Chief Minister Raman Singh, who is heading a Bharatiya Janata Party government in the state since December 2003, said: “Naya Raipur will be the flag bearer of a resurgent Chhattisgarh.”

“It will reflect the rich heritage and natural beauty of the state while marching ahead to become India’s best planned and modern city,” he said.

Naya Raipur is billed to be the state’s administrative nerve centre due to the presence of the secretariat, police headquarters, state assembly and offices of heads of all governments departments.

Asia’s biggest man-made jungle safari would also be ready in the city within 24 months with a Rs.250 crore expenditure.

The safari project, which will come up over 200 acres, shall be been divided into eight zones. It will have wild animals moving freely in natural surroundings. The visitors, seated in protected vehicles, will be able to watch the animals on the move.

There will be safaris for tigers, lions and bears and some other wild animals, official said.