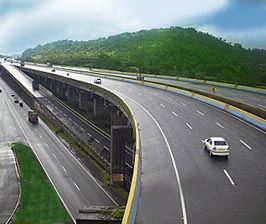 After a slowdown in road projects in the country last year, new highway projects this year have boosted the road construction sector, say industry watchers.

The National Highway Authority of India (NHAI) has awarded new projects under the public-private partnership and project execution has picked up compared to last year.

The effect of the sudden surge in demand for construction machinery, building material machines, mining machines and construction vehicles is reflected in the high demand for participation in the fair scheduled from Feb 5 to 8 in Mumbai.

bC India is a joint venture between Messe Munchen International and the North-American Association of Equipment Manufacturers.

Abhijeet Pai, managing director, Puzzolana Group, said the road construction sector was on the path to recovery with the government announcing new norms for road development.

Puzzolana Group, which manufactures crushers, will launch sander, an alternative to mined sand, during Bauma.