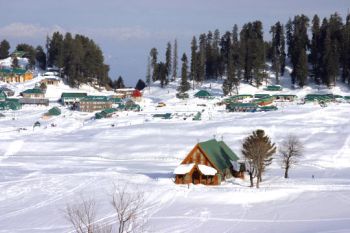 Srinagar: The elected Panchayat (village council) members may call for boycott by the fellow panches and sarpanches of the forthcoming elections to state legislative council from their quota.

The elections to four legislative council (upper house of the state legislature) seats are to take place Dec 3. The last date of filing nominations is Nov 17, and the last date for withdrawal of the candidature is Nov 19.

Over 33,000 elected panches and sarpanches form the electoral college for these elections.

The Jammu and Kashmir Panchayat Conference – forming an organisation of the elected village council members – will take final call on participating in the elections to the four legislative council seats after the parties decide on their candidates.

Panchayat Conference general secretary Anil Sharma told: “Elections for four council seats is meaningless without establishing three-tier panchayat system, without empowering the panchayats and without ordering honorarium to the panches and sarpanches.”

The 38 members of the apex and executive group of the Panchayat Conference will not vote in this election, said Anil.

“We will take final decision for other members of Panchayats only after the candidature is announced. If mandate is given from among the panches and sarpanches then we will vote for that candidate only.”

Each panch or sarpanch will cast two votes – one each for two candidates of his region.

Imtiaz Ahmad Beig, Kashmir province president of Panchayat Conference, expressing his resentment said: “The government has betrayed us by not giving us the powers that ought to be given to panchayat members. We have not been taken into confidence on any matter. I feel we will decide to request our brethren (panches and sarpanches) to boycott these elections. At the most 10-15 percent of over 33,000 members may cast votes.”

The Panchayat polls that concluded June last year were held on non-party basis.

The ruling coalition of National Conference (NC) and Congress has decided to field candidates on two-two seats — both will field one candidate each in Jammu region and Kashmir Valley.

Other main opposition parties have decided to field candidates in all the four seats – two of Jammu region and two of Kashmir Valley.

According to Harshdev Singh, chairman of the Panthers Party: “The party will field candidates on all the four seats. We will finalise names of the candidates by Thursday.”

Bhartiya Janta Party (BJP) state president Shamsher Singh Manhas said that government had “failed to give powers to the panchayats which were elected over 18 months ago,” and are fielding candidates for all the four seats.

Both these parties are Jammu centric and have their areas of influence in this region only.

Peoples Democratic Party (PDP) spokesman Naeem Akhtar told: “We have no choice but to field our candidates for all the four seats even though the Panchayat system is in disarray.”

The united forum of local panches and sarpanches Wednesday said they would field candidates for the four state legislative council seats to be chosen by the Panchayat representatives.

In a statement here Wednesday, the Jammu and Kashmir Panch and Sarpanch United Forum said: “We have decided to participate in the legislative council elections. We will field candidate for all the four seats.”

The candidates elected from among the village representatives shall work for empowerment of the Panchayats, the statement said.

Of 36 seats in state legislative council six (four from Panchayat quota and two from local bodies) are lying vacant.

The electoral college comprising elected panches and sarpanches has a total of 33,540 votes — Jammu region 15,628 and Kashmir Valley 17,912.

The previous Panchayat quota legislative council elections were held in 1974.